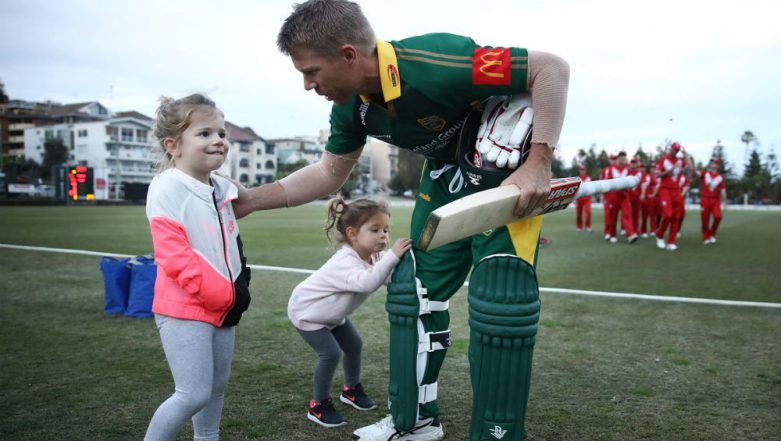 Former Australia Captain Steve Smith and Vice-captain David Warner scored a half-century and a century on their comeback to grade cricket in Australia, on Saturday. The duo, who hadn’t played any match in Australian domestic circuit since their ball-tampering saga in South Africa earlier this year, contributed significantly for their respective teams on their first game on return.

Playing for the Randwick-Petersham team, David Warner scored an unbeaten century, as his side won the match in the last-ball thriller. Warner scored 155 runs off 152 balls, which included 13 fours, and two sixes.

The left-handed batsman carried his bat and ensured that his team won the nail-biting contest; which eventually ended as a four-wicket win for Randwick-Petersham.

Video of David Warner Playing for Randwick-Petersham – first time after ball-tampering scandal against South Africa in Capetown, earlier this year:

As for Steve Smith, the former Aussie captain had a decent outing too. Playing for Sutherland in the same NSW cricket competition, Smith scored a brilliant half-century to help his side reach a respectable total of 238.

He scored 85 runs off 92 balls, in which he scored six fours and a six. However, he could help his side win the match as Mosman defeated Sutherland by three wickets, in another last-over thriller.

Both Steve Smith and David Warner were banned to participate in any form of cricket in Australia, after their horrendous ball-tampering scandal at Capetown earlier this year. The duo along with Cameron Bancroft was banned by Cricket Australia for 12 and nine months respectively after the trio had confessed their roles in the ball-tampering episode that took during the high-voltage Test series against South Africa earlier this year.