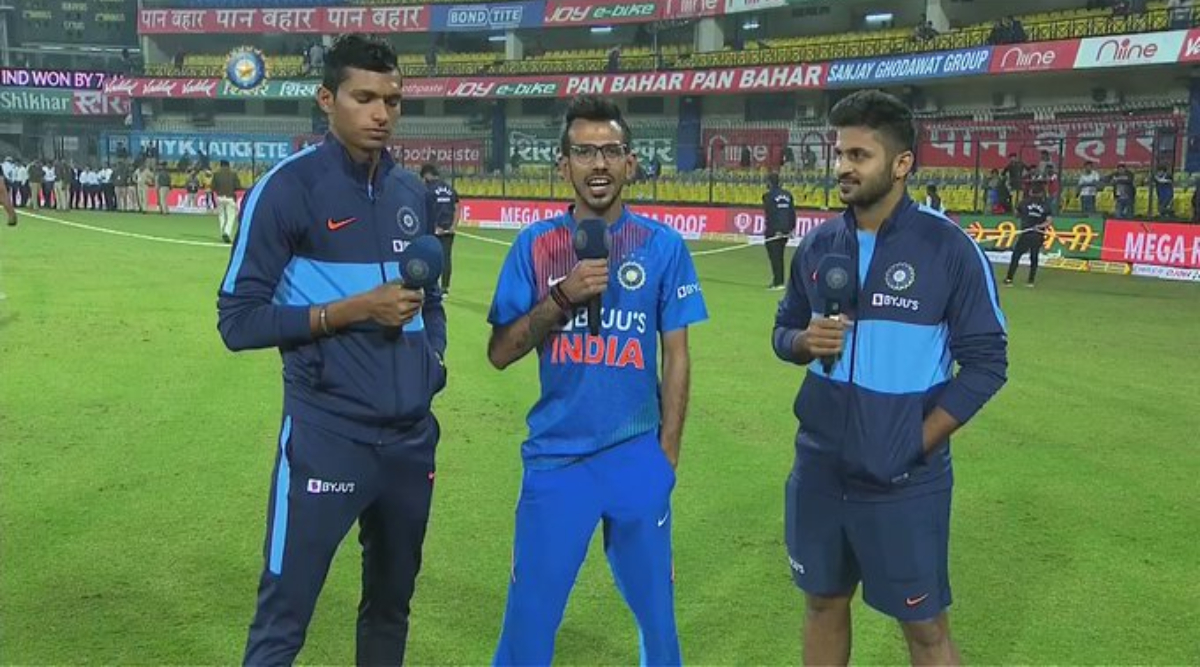 In 2020's first episode, Yuzvendra Chahal interviewed fast-bowling pair of Navdeep Saini and Shardul Thakur in the famous Chahal TV episode. Chahal, who was left out of the playing XI for the second T20I in Indore, made sure he stayed in action with his Chahal TV. After the match, Chahal interacted with teammates Saini and Thakur. Chahal complimented Saini's bowling but termed the pacer as 'yorker queen'. Virat Kohli Posts 'Mandatory' Selfie With Shardul Thakur and Ravindra Jadeja Ahead of India vs Sri Lanka 3rd T20I 2020 in Pune.

"Since Jasprit Bumrah is the yorker king, so are you yorker queen?" said Chahal as the trio burst into laughter. Thakur also made a funny comment and said, "we (him and Saini) are lucky to debut on Chahal TV."

After the first T20I was washed out, India won the second T20I and thus took an unassailable lead in the series. Bowling first, India restricted Sri Lanka to 142 with Thakur and Saini picking three and two wickets respectively. Virat Kohli Fastest Captain to Score 1000 Runs in T20Is, Achieves Feat During IND vs SL 2nd T20I Match.

MUST WATCH: @imShard and Navdeep Saini make their debut on CHAHAL TV 📺📺

Thakur, who was wicketless till his last over, scalped not one but three in one over to finish with figures of 3/23. Saini also impressed with his bowling, and he returned with figures of 2/18 in his quota of four overs.

Bumrah, who was making his comeback after an injury, chipped in with a wicket while spinner Kuldeep Yadav picked two wickets. Washington Sundar also managed to pack a wicket. In response, India reached the target with seven wickets in hand. KL Rahul was top-scorer for his team with 45 runs.