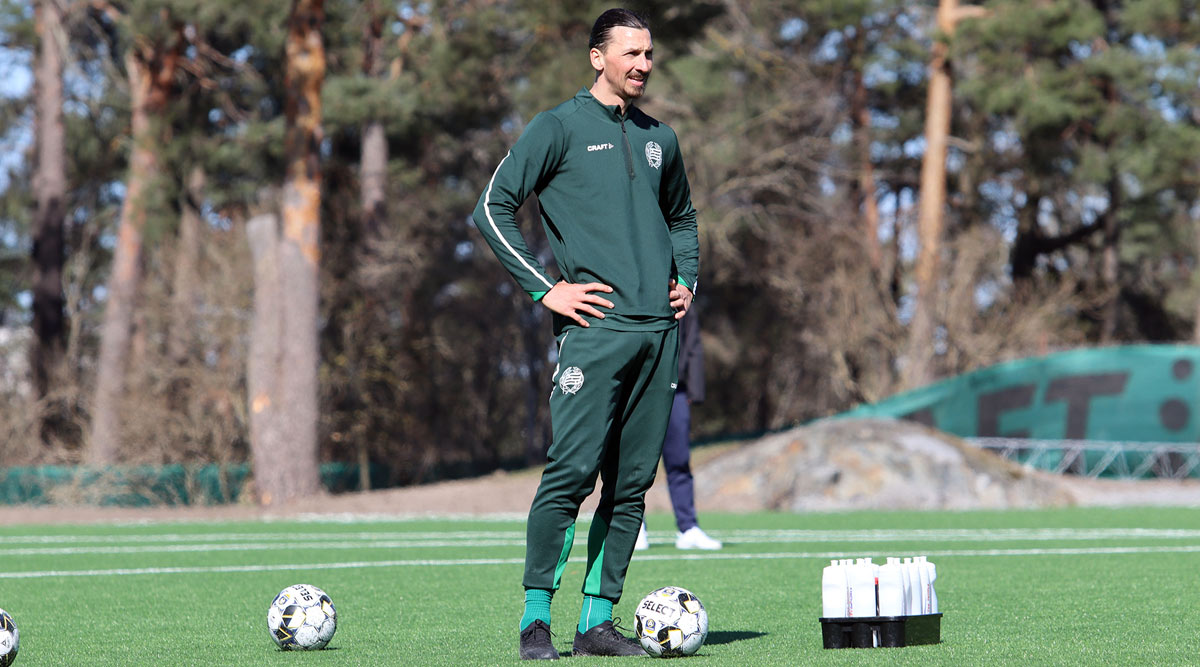 The entire sporting world has come to a standstill due to the coronavirus pandemic as several competitions have been put off till a further date or scraped off entirely. Several big clubs have told their players to train from home as facilities have been shut down because of lockdown in several countries. But this didn’t stop Zlatan Ibrahimovic as the AC Milan striker has started training with Swedish side Hammarby, a club which he partly owns. Zlatan Ibrahimovic, Paul Pogba & Lisa Zimouche Show Off Their Crazy Freestyle Football Skills During Quarantine Amid Coronavirus Crisis (Watch Videos).

Zlatan Ibrahimovic returned to his homeland after he was allowed to leave Italy by his current club AC Milan due to the ongoing crisis. After returning to Sweden, the 38-year-old didn’t waste any time in returning back on the field as he pulled off a Hammarby tracksuit and joined the first-team team for a training session at the clubs Arsta sports field. Zlatan Ibrahimovic’s Future at AC Milan Remains Uncertain.

'Zlatan has been home in Stockholm with his family for a while during the break in Europe, and felt he wanted to touch the ball again,' Hammarby manager Jesper Jansson told the club's official website. Ibrahimovic purchased a 25 per cent stake at the club in November last year.

The AC Milan striker is currently staying with his family in Stockholm as football is on a break due to the coronavirus pandemic. The training facility of the club is closed to public and media but the past week the team held training sessions to players wanting to train personally. On Monday, Hammarby announced that they will soon start collective training once again.