Vijender Singh Reacts to JNU Attack, Responds to Twitter User in 'Jaat' Style, Says He is Not 'Andh-Bhakt' 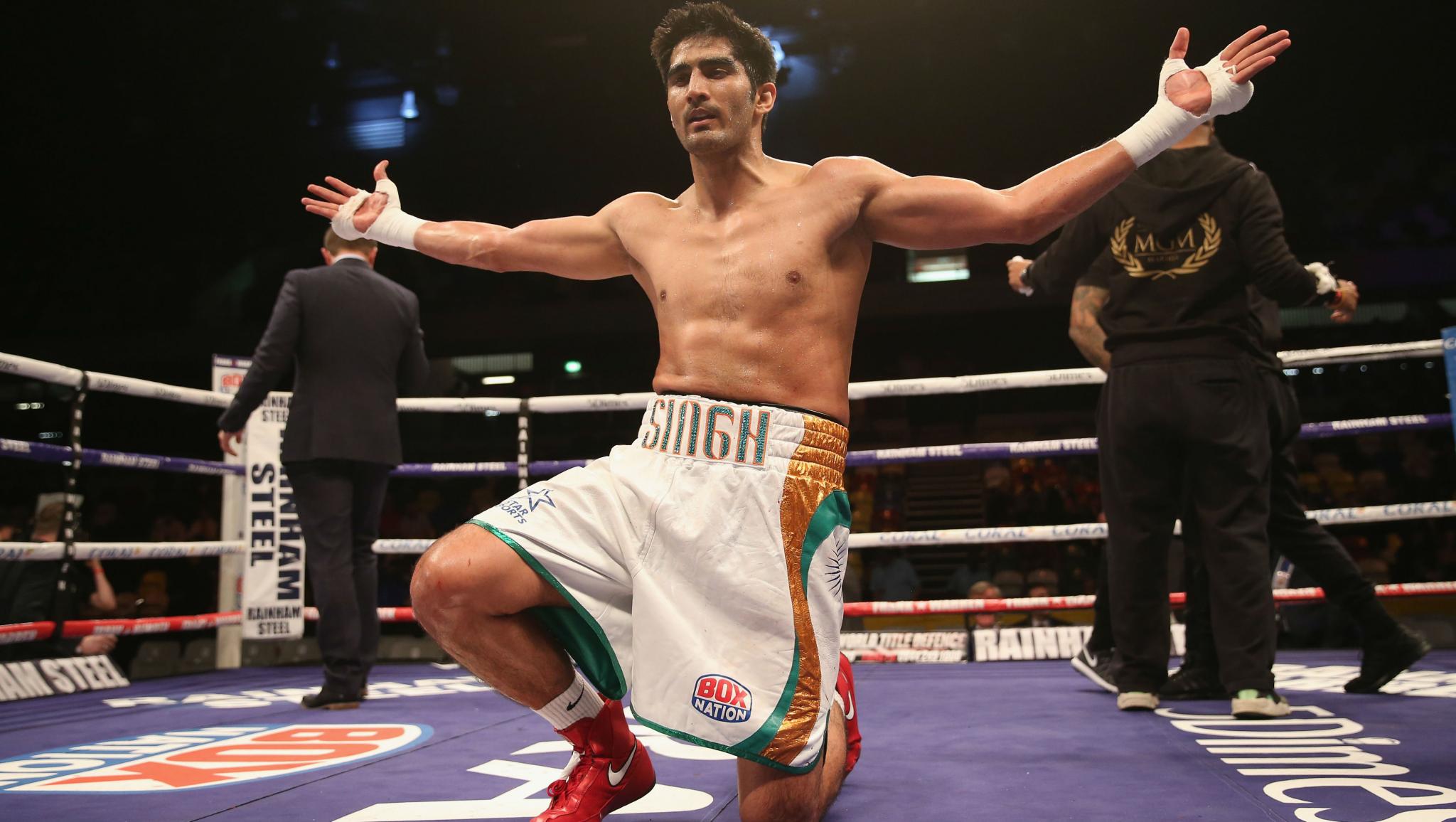 Indian boxer Vijender Singh became one among the very few people from the sports fraternity to break their silence on the attack on the students of Jawaharlal Nehru University in Delhi on January 5, 2020 (Sunday). The 34-year-old has been very vocal about this issue on social media platforms and has extended his support to the students and teachers of JNU. A lot of people expressed their views on Vijender Singh’s opinions on this subject but it was a Twitter user’s reply to his most recent tweet that Vijender didn’t take a liking to and hit back with an epic reply. Sanjay Manjrekar Lauds Mumbai for Protesting Against JNU Violence, Reacts on India’s Current Situation (See Tweet).

"When you’re winning the argument they start attacking you personally instead of main topic," the Indian boxer, who is also a Congress leader, tweeted. A Twitter user reacted to this tweet by asking Vijender to keep his focus on boxing and not useless matters such as these. The Commonwealth Games medalist then responded to this comment by saying that he is a "Jaat and not a blind follower (andh bhakt) of the regime."

Sanjay Manjrekar was one of the other sportspersons from India who raised his opinions on the current JNU attacks. The cricketer-turned-commentator quoted a tweet which showed a large crowd that had gathered at the Gateway of India to protest over the attacks. "Well Done Mumbai," wrote Manjrekar as he shared his views on the ongoing disturbance in the country.