Asus ROG Phone 5 is confirmed to be launched in India on March 10, 2021 at 4.15 pm IST. Ahead of the launch, the smartphone has been spotted on the Geekbench listing that reveals its key specifications. 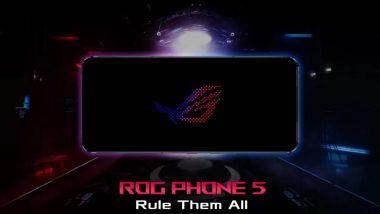 Asus ROG Phone 5 is confirmed to be launched in India on March 10, 2021 at 4.15 pm IST. Ahead of the launch, the smartphone has been spotted on the Geekbench listing that reveals its key specifications. The listing unveils an Asus device with a model number 1005DB which hints towards the high-end model of the ROG Phone 5. Last month, TENNA's listing revealed the smartphone with two models numbers - 1005DB and 1005DA. Asus ROG Phone 5 Likely to Be Launched in March 2021: Report. 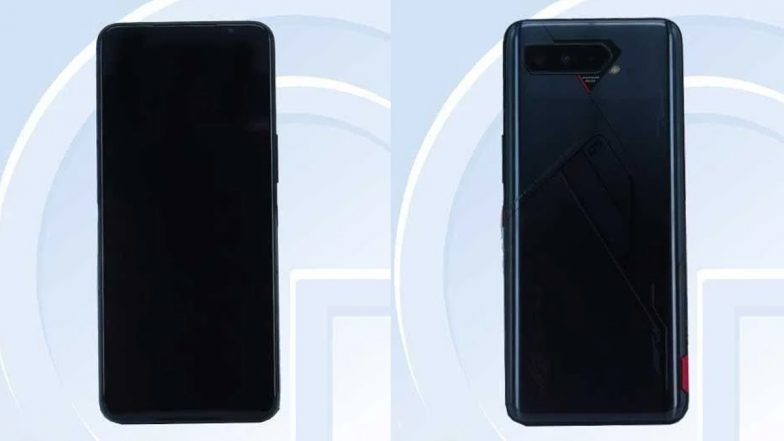 In terms of specifications, Asus ROG Phone 5 is likely to come with 18GB RAM. The phone is expected to be powered by Qualcomm Snapdragon 888 chipset and likely to run on an Android 11 based operating system. The 1005DB model on the TENNA website is said to come with a secondary display at the back. The phone with model number 1005DA is likely to be offered with 16GB RAM, in addition to this, there will also be a 12GB RAM model in the ROG Phone 5 Series.

The smartphone is available for pre-orders in China via JD.com. Though the Chinese retail website doesn't reveal many details about the phone, previous reports have said that the handset is likely to feature a 6.78-inch display with a high-refresh-rate, a 64MP triple rear camera setup, a 6,000mAh battery and a 65W fast charging facility. Coming to the pricing, Asus ROG Phone 5 could be slightly expensive than the previous model. A new report has revealed that the phone is likely to be priced between S1,000-$1100 (Rs 73,365 - Rs 80,701).

(The above story first appeared on LatestLY on Mar 02, 2021 05:35 PM IST. For more news and updates on politics, world, sports, entertainment and lifestyle, log on to our website latestly.com).