Chinese regulators have moved to ban minors from live-streaming on various social media platforms to protect their physical and mental health, the media reported on Monday. 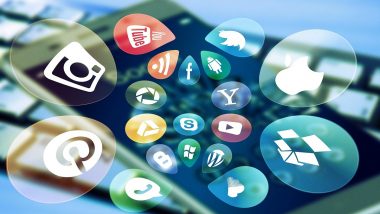 Beijing, May 9: Chinese regulators have moved to ban minors from live-streaming on various social media platforms to protect their physical and mental health, the media reported on Monday.

The new rules completely prohibit those under 16 from live-streaming, while users aged between 16 and 18 must obtain permission from their parents or guardians before doing live streams, reports the South China Morning Post. China Carrying Out Displacement of Tibetans in Garb of Environmental Action, Says Report

"Internet platforms should a strictly implement the real-name registration requirement, and prohibit offering minors' tipping services such as cash top-up, gift purchase, and online payment," according to a statement issued by the regulators.

Most popular live-streaming platforms are TikTok's app Douyin, Alibaba Group's Taobao Live, and Kuaishou Technology's short video platform. The new requirements have been issued by four regulators, including the National Radio and Television Administration and the Cyberspace Administration of China (CAC).

"If platforms are found to violate the above requirements, measures including suspension of the tipping feature and shutting down of the live-streaming business could be put in place," the regulators mentioned.

Regulators said they want Big Tech to upgrade their "youth mode" to protect teenagers from gaming addiction and inappropriate content. Last year, the regulators took action to only allow teenagers to play online games for three hours per week. The Chinese regulators have introduced a series of "clear and bright" campaigns, targeting what it sees as "online chaos".

(The above story first appeared on LatestLY on May 09, 2022 06:11 PM IST. For more news and updates on politics, world, sports, entertainment and lifestyle, log on to our website latestly.com).