Honor, the Chinese phone maker is all set to launch the X30 Max and X30i smartphones on October 25, 2021. The smartphone could carry a 7.09-inch LCD screen with FHD+ resolution. 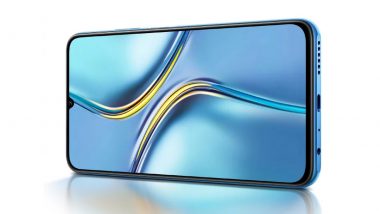 Honor, the Chinese phone maker is all set to launch the X30 Max and X30i smartphones on October 25, 2021. Earlier today, the company released a poster of two smartphones without their names. A recent report has confirmed that Honor will be launching two smartphones on the above-mentioned date - Honor X30 Max & Honor X30i. Now, the company has also shared a new poster of the X30 Max smartphone revealing its front design. Honor X20 5G With Triple Rear Cameras & MediaTek Dimensity 900 SoC Launched. 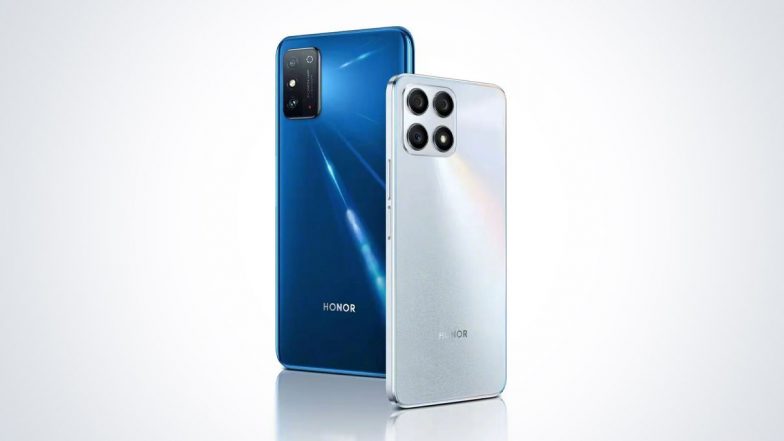 As per the new poster, Honor X30 Max will get a waterdrop notch display. According to a report, the smartphone could carry a 7.09-inch LCD screen with FHD+ resolution. At the front, it might carry an 8MP snapper for selfies and video calls. At the rear, it is likely to feature a 64MP primary lens and a 2MP depth shooter. The handset is expected to be powered by MediaTek Dimensity 900 paired with 8GB of RAM and up to 256GB of internal storage.

It is rumoured to come packed with a 5,000mAh battery with a 22.5W charging facility. The earlier poster revealed by the company also showcased Honor X30i phone's back panel. As per that poster, X30i will come equipped with a triple rear camera setup and a side-mounted fingerprint scanner. Honor X30i is speculated to come packed with a 6.7-inch FHD+ LCD display, a 48+2+2 camera module and an 8MP front shooter.

(The above story first appeared on LatestLY on Oct 22, 2021 05:45 PM IST. For more news and updates on politics, world, sports, entertainment and lifestyle, log on to our website latestly.com).