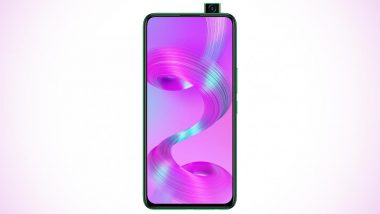 The new phone will have a 6.53-inch FHD+ display screen. The device may also come with Infinix OS XOS 6.0 dolphin based on Android 10. This is going to be the first launch of the year for Infinix. The smartphone maker had a successful year in 2019 with as many as nine launches including its popular Hot series. According to the leaked images of the yet-to-be-launched phone, the S5 Pro appears to be a promising device in the sub-Rs 10,000 category.

Entering the Indian smartphone market in 2017, Infinix has always packaged its mobile phones with the latest features, attractive colours, and powerful batteries. Contributing to the government's "Make in India" initiative, the company manufactures its devices at its facility in Noida. Infinix retails its smartphones on Flipkart.

(The above story first appeared on LatestLY on Mar 02, 2020 02:56 PM IST. For more news and updates on politics, world, sports, entertainment and lifestyle, log on to our website latestly.com).