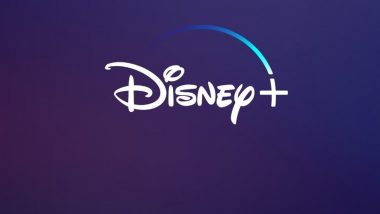 New Delhi, March 20: Disney Plus (Disney+) has delayed its India launch via Hotstar owing to the postponement of the Indian Premier League (IPL) cricket season. Hotstar had rolled out an update, which not only changes the app's name to Disney+ Hotstar, but also adds Disney+ shows.

"We recently announced that Disney+ would launch in India through the Hotstar service in conjunction with beginning of the Indian Premier League cricket season," Uday Shankar, President, The Walt Disney Company APAC and Chairman, Star & Disney India, said in a statement on Friday. "Given the delay of the season, we have made the decision to briefly pause the roll-out of Disney+ and will announce a new revised premiere date for the service soon," he added.

Robert Iger, then chairman and CEO of Disney, had given March 29 as the official launch date of Disney+ in India. As per earlier reports, the Disney+ Hotstar is currently available at no additional charge to existing Hotstar subscribers -- who pay Rs 999 for a year and the premium tier carries a new yearly sticker price of Rs 3,588. Shows like The Mandalorian, Marvel's Hero Project and The Imagineering Story: Limited Series are currently available.

The list also includes Diary of a Future President, Disney Family Sundays, Encore, Forky Asks a Question, and High School Musical: The Musical. TechCrunch reported in November that the company was planning to launch its streaming service in India by the second half of the year, followed by its entry in Southeast Asian markets.

In terms of downloads, Disney+'s second month garnered 13.5 million, or 33 per cent, of the 40.9 million installs it's seen since launch. Meanwhile, Hotstar, at its peak, reported more than 100 million daily active users and 300 million monthly active users last year. According to media reports, in an effort to prevent the further spread of the novel coronavirus, both Netflix and Disney have halted production on certain projects.

(The above story first appeared on LatestLY on Mar 20, 2020 01:59 PM IST. For more news and updates on politics, world, sports, entertainment and lifestyle, log on to our website latestly.com).