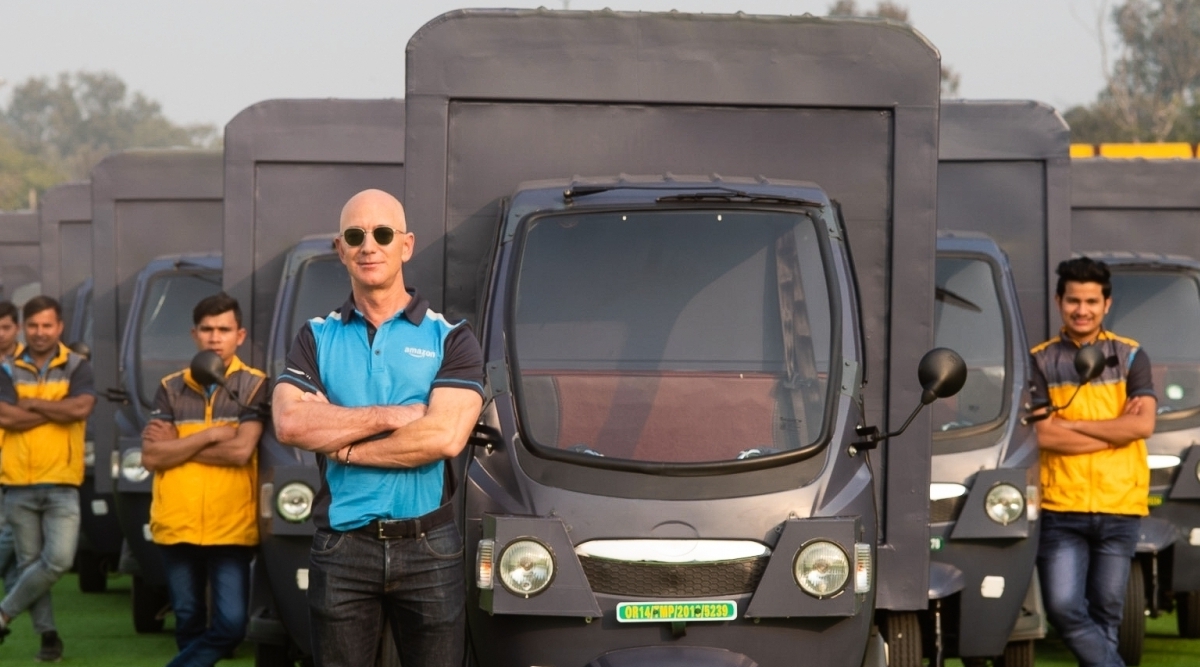 New Delhi, January 21: Amazon Founder and CEO Jeff Bezos on Monday posted a video on his official twitter handle in which he drove an e-rickshaw with Amazon's delivery partners. Taking a Climate Pledge, the video by Bezos revealed that Amazon is rolling out its new fleet of fully electric delivery rickshaws. Jeff Bezos and Girlfriend Lauren Sanchez Make Their Glamorous Red Carpet Debut as a Couple at Mumbai’s Amazon Event (View Pic).

Electric cars have several benefits over the conventional engine as they do not emit harmful tailpipe pollutants such as soot, volatile organic compounds, hydrocarbons, carbon monoxide, ozone, lead, & various oxides.

A user said "Hey Jeff - I'd love to be able to pilot this in the States." Another tweeted, "Solar power grids that are being installed. Better to use these than diesel/petrol vehicles."

"Sir please promote this rickshaw for delivery in rural and remotest areas because there is no last-mile connectivity? Also provide 1-day delivery to rural areas? Please tell why there is no winners for daily quiz in rural areas only metro cities preferred?," commented a user.