At the time Leanne founded Everledger in 2015, no one was talking about the issue of provenance - in other words, the origins and characteristics of a certain object. The Everledger founder and CEO created a new paradigm within the diamonds and gemstones industry and opened up the conversation to worldwide industry leaders. 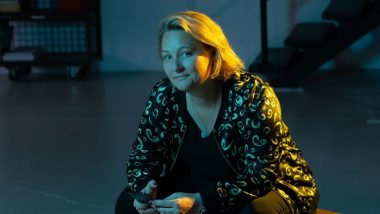 The developed world is dominated by technology, which means that so much of the information that enters our brains comes from the internet. This puts a lot of power in the hands of those that distribute it, as they can theoretically manipulate and control it however they wish.

Consequently, the concept of digital transparency is gathering momentum. Companies and individuals around the world want traceability and clarity in obscure markets, and pioneers like Leanne Kemp are keen to provide it.

Leanne Kemp: A Prominent Figure In The Technology Sector And An Award-Winning Innovator

Innovative ideas and groundbreaking work in digital transparency have made Leanne Kemp a renowned figure in the technology sector.

The entrepreneur is also a part of the Global Future Council on Blockchain, is on the IBM Blockchain Platform Board of Advisors and is an Advisory Board Member for the Organisation for Economic Cooperation and Development, or OECD.

As if that list of roles was not already impressive enough, Leanne is a Regional Ambassador of Australia on the Global Blockchain Business Council and an Adjunct Professor at the Queensland University of Technology’s Institute for Future Environment.

Leanne’s pioneering work in digital transparency and blockchain has not just earned her lots of prominent positions. She has also received numerous awards for her innovation, and she was the first female entrepreneur to be appointed Queensland Chief Entrepreneur in Australia in 2018, a tenure which ended in December 2020. During her time as QCE, she helped develop the state’s startup ecosystem, attract investment and support job creation.

Everledger: A Company Born From The Need For Transparency In The Diamond Industry

At the time Leanne founded Everledger in 2015, no one was talking about the issue of provenance - in other words, the origins and characteristics of a certain object. The Everledger founder and CEO created a new paradigm within the diamonds and gemstones industry and opened up the conversation to worldwide industry leaders.

Everledger is an independent technology company that began by providing a ledger for diamond identification and transaction verification for stakeholders such as jewelry retailers, certification houses, mining companies, and midstream diamond companies.

The company now prides itself in helping all kinds of businesses materialize and converge asset information using secure technologies such as blockchain, artificial intelligence, intelligent labelling and the Internet of Things.

The digital transparency company was born from Leanne’s wish to contribute greater clarity to the diamond and gemstone industry and inspire confidence in marketplaces that are all too often left in the dark. By streamlining its clients’ compliance processes, Everledger helps them efficiently and accurately showcase the lifecycle of an asset.

Among the numerous positive impacts that traceability can bring, Everledger is committed to helping every player in the industries it works with to achieve a positive environmental impact. The technology used by the company increases the transparency of supply chains, thus benefiting stakeholders who adopt sustainable practices and bringing visibility to the end customers.

Everledger is certified by the British Assessment Bureau and its work was recognised globally when it was named a Technology Pioneer by the World Economic Forum in 2018.

The company has expanded its blockchain-powered platform to other sectors, such as the fashion industry (e.g. its collaboration with Alexander McQueen’s MCQ label), wool producers (the partnership with Australian Wool Innovation), electronics producers (its collaboration with the US Department of Energy, Fairphone and HP), and electric vehicle manufacturers (e.g. its work with Ford Motors).

Leanne Kemp’s vision for a greener, more sustainable circular economy is coming together, industry by industry, enabled by partnering with the brightest minds in the industry.