Motorola is rumoured to launch the Edge 30 Fusion smartphone soon. Ahead of its launch, renders and specifications of the Moto Edge 30 Fusion have been leaked online by a tipster. 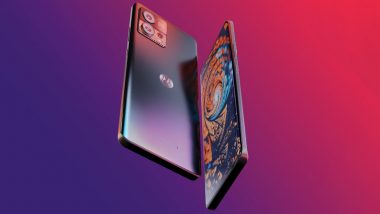 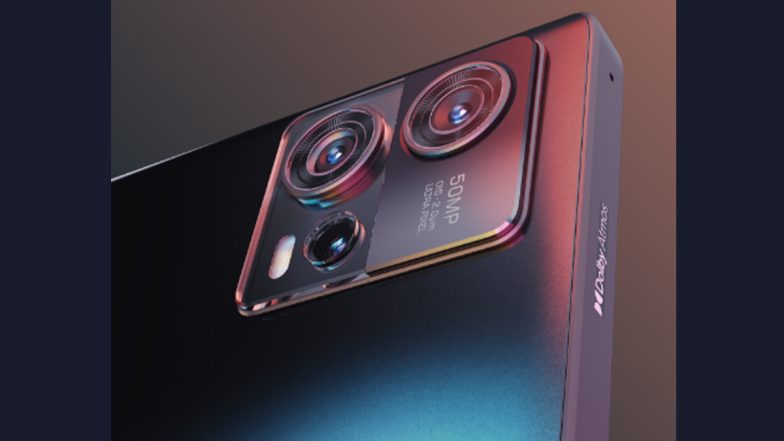 According to the leaked renders, the Moto Edge 30 Fusion can be seen with a curved display and a punch-hole cut out for the selfie camera. At the back, a triple rear camera with a 50MP primary shooter can be seen, along with an LED flash. Dolby Atmos branding is visible on the top of the smartphone. In addition to this, Moto Edge 30 Fusion could also come with a SIM tray, USB Type-C port and a speaker grille at the bottom.

The handset is said to be launched as a rebranded version of the Moto S30 Pro. Last week, the smartphone was spotted on the BIS certification website with the model number XY2243-1. It might be powered by a Snapdragon 888+ SoC paired with 12GB of RAM. It could feature a 6.55-inch OLED display with a resolution of 2040x1080 pixels. Moreover, Moto Edge 30 Fusion is likely to be fuelled by a 4,270mAh battery with 68W fast charging support.

(The above story first appeared on LatestLY on Aug 16, 2022 05:07 PM IST. For more news and updates on politics, world, sports, entertainment and lifestyle, log on to our website latestly.com).