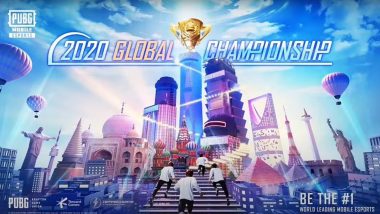 Prize of 2 Million dollars makes this game the biggest PUBG Mobile competition. The tournament is live now with all the slots filled. This competition consists of 24 teams and among these teams, the most number of participants are from Thailand & the 2nd highest from Nepal.

Welcome to the 2020 #PMGC! @JKaplan will be your host as we bring you the coverage from the ESL's PUBG MOBILE Esports Studio in Katowice, Poland! #WeOnTop

Tune in to the broadcast:

Last year, India topped the highest number of teams that participated in the PCMO Fall Split & Global Finals. Chinese teams have made it to the competition but India, the world's 18 percent of the population is missing in this tournament. Indian teams have been left out because PUBG Mobile India game has not been re-launched in the country yet. The game was expected to make a comeback last week, but still, there is no official announcement from the company yet. However, coming back to the PUBG Mobile Global Championship 2020, there will be Weekdays play & Super Weekend play. The results of Super Weekend play will provide crucial championship points based on which 16 teams will be decided in the PMCG finals.

(The above story first appeared on LatestLY on Nov 24, 2020 04:28 PM IST. For more news and updates on politics, world, sports, entertainment and lifestyle, log on to our website latestly.com).