Realme Narzo 50A Prime India Launch event will take place on April 25, 2022. The company has teased the smartphone on its Twitter account, revealing its launch date and time. 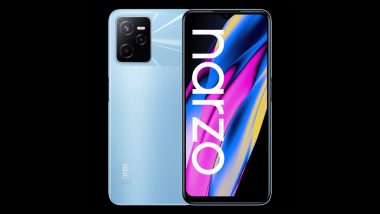 Realme Narzo 50A Prime India Launch event will take place on April 25, 2022. The company has teased the smartphone on its Twitter account, revealing its launch date and time. The company has also set up a dedicated microsite on its official website. According to the teaser, the Narzo 50A Prime India launch will take place on the above-mentioned date at 12:30 pm IST. Realme GT Neo 3T Reportedly Spotted on Geekbench Website, Launch Expected Soon. 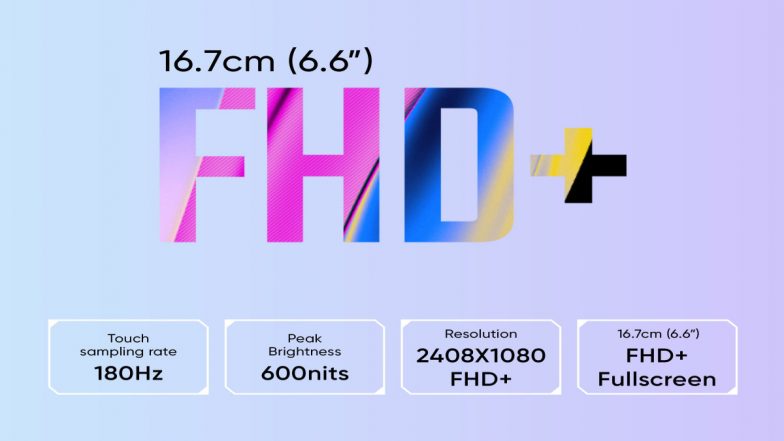 Realme Narzo 50A Prime debuted in the Indonesian market last month and the Indian model is likely to come with similar specifications.

This one’s going to level up your smartphone viewing experience manifolds!

The #realmenarzo50APrime coming with some #MassivePowerMightyPerformance at 12:30 PM, 25th April, on our official channels.

According to the Realme website, the Narzo 50A Prime will feature a 6.6-inch FHD+ fullscreen display with a resolution of 2408x1080 pixels and a touch sampling rate of 180Hz. The handset could be powered by an octa-core Unisoc T612 processor paired with 4GB of RAM and up to 128GB of internal storage. 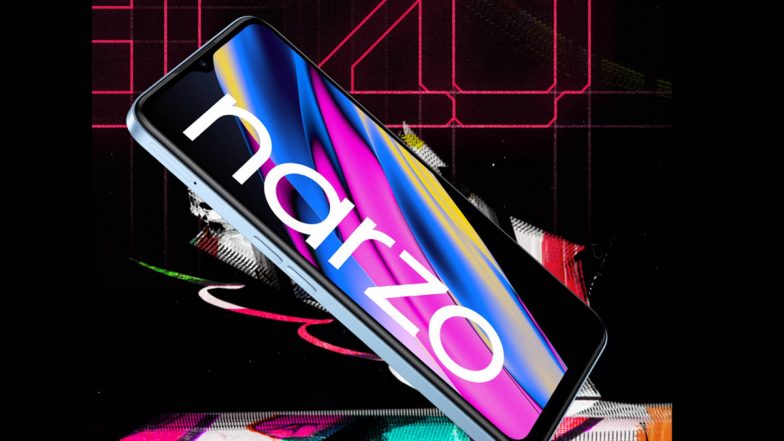 For optics, the device is likely to sport a triple rear camera setup comprising a 50MP primary lens, a portrait lens and a macro shooter. Upfront, there might be an 8MP AI selfie shooter. Connectivity options include 4G LTE, Wi-Fi, Bluetooth, GPS/ A-GPS and a USB Type-C port. Coming to the pricing, Realme Narzo 50A Prime is said to be priced under Rs 15,000.

(The above story first appeared on LatestLY on Apr 21, 2022 05:24 PM IST. For more news and updates on politics, world, sports, entertainment and lifestyle, log on to our website latestly.com).