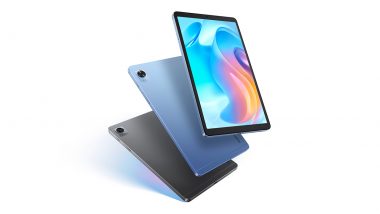 Realme India has officially launched the Realme Pad Mini tablet in India with prices starting at Rs 10,999. Alongside the Android tablet, the Chinese technology giant also introduced Realme Buds Q2s and Realme GT Neo 3 5G during the launch event that happened earlier today. It is a toned-down version of the Realme Pad that was launched last year. Realme GT Neo 3 With MediaTek Dimensity 8100 SoC Launched in India.

The Realme Pad Mini comes in three storage configurations - 3GB+32GB WiFi, 3GB+32GB LTE and 4GB+64GB. The base 3GB WiFi model is priced at Rs 10,999 while the 3GB LTE variant costs Rs 12,999. The top-end 4GB variant has a retail price of Rs 14,999. The tablet will be available for online sale starting May 2 via Flipkart and the official website. Realme offers the tablet in two colours - grey and blue. 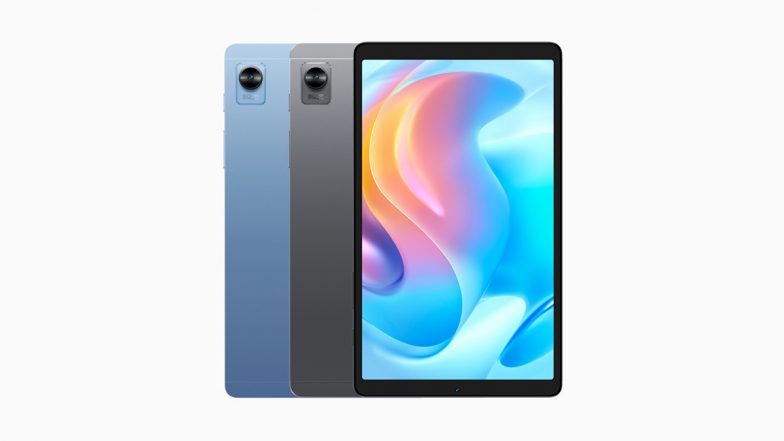 As for specs, the Realme Pad Mini boasts an 8.7-inch WXGA+ display with 1340x800 pixel resolution. It comes powered by an octa-core UniSoc T616 processor, paired with up to 4GB of RAM and 64GB of onboard storage. There's a provision to expand internal storage to 1TB via a microSD card. It runs on Android 11 OS with Realme UI.

Presenting the Anniversary Gift for you, by #realme! Available as a special offer from us, because #GreatnessHasAName and it’s you ✨

For photography, Realme Pad Mini comes equipped with an 8MP rear camera and a 5MP front shooter. It also has dual speakers for a superior sound experience. It packs a massive 6,400 mAh battery with 18W fast charging and a reverse charging support.

(The above story first appeared on LatestLY on Apr 29, 2022 10:54 PM IST. For more news and updates on politics, world, sports, entertainment and lifestyle, log on to our website latestly.com).