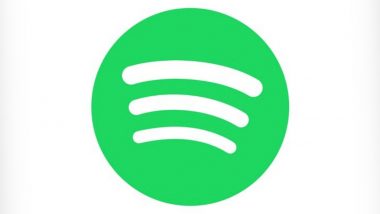 He will leave Spotify as June end, reports The Verge. Last month, reports surfaced that Spotify's head of studios and video, Courtney Holt, will leave the company.

In April, Gimlet Media director Lydia Polgreen announced to move on. The Swedish music streaming service last week said its premium subscribers jumped 15 per cent (on-year) to reach 182 million in the first quarter (Q1) of 2022, up from 180 million in the previous quarter, despite the Joe Rogan controversy involving Covid misinformation on his podcast.

The company said its monthly active users (MAUs) went up 19 per cent year-on-year to 422 million -- up from 406 million last quarter and above its guidance by 4 million. During the March quarter, Spotify announced the acquisition of Podsights, a leading podcast advertising measurement service that helps advertisers better measure and scale their podcast advertising. Additionally, it acquired Chartable, a podcast analytics platform.

(The above story first appeared on LatestLY on May 03, 2022 12:37 PM IST. For more news and updates on politics, world, sports, entertainment and lifestyle, log on to our website latestly.com).