Ride hailing company Uber is reportedly removing the "split fare" option in April as the company is planning to build a better system for sharing the cost of a ride. 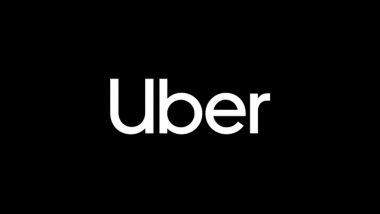 London: Ride hailing company Uber is reportedly removing the "split fare" option in April as the company is planning to build a better system for sharing the cost of a ride. According to an Uber spokesperson, a replacement feature should roll out within the next few months, reports Engadget. Uber Reports $2.4 Billion Net Loss in Q3 as Rides Return to Normal.

Uber riders in the UK received an email this week alerting them of the shutdown, as spotted by Mashable. A spokesperson confirmed to Engadget that the feature is on its way out.

"We are in the process of reworking how riders split fares and the feature will be temporarily removed from the Uber app next month," the spokesperson was quoted as saying. "We know this is a popular feature, so rest assured that we are planning to roll out a new, improved version in the coming months," the spokesperson added.

This change eliminates the ability to split the cost of a ride within the Uber app itself, but it does not stop users from using Venmo, Cash App or other services to make things equal, the report said.

The original email to UK Uber customers said the "split fare" feature would be discontinued on March 21, but it is definitely sticking around until April, the company clarified.

(The above story first appeared on LatestLY on Mar 23, 2022 03:25 PM IST. For more news and updates on politics, world, sports, entertainment and lifestyle, log on to our website latestly.com).