The latest message which ends with 'Don't Touch Here' has a virus which can hang your application. 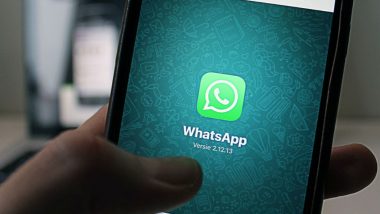 Spam messages are not a new thing on the internet. We have been getting many spam emails and text messages all the time. Other than those two mediums, advertisement messages have taken to WhatsApp with the popularity of the medium. And now we experience spamming even on WhatsApp. With spam messages too getting creative, the new one has a bug reported by several people. The latest message which ends with 'Don't Touch Here' has a virus which can hang your application.

The message which is being forwarded these days, reads, “I can hang your WhatsApp for a while just touch below message” and is followed by the message, “don't-touch-here”. The message has some invisible characters which crash the application. It may seem like a prank at first but a human tendency is to tap the message especially to see what actually happens. The application is crashing severely. This bug is apparently affecting only the android phones, but that doesn't mean someone using an iPhone should go ahead and tap it.

If you get such a message, just be sure not to tap and try to delete it if you can. The application crashing will be restored in a while but it is annoying nonetheless. This is not the first time such messages have been forwarded. Earlier in February, a message containing a Telugu character was being forwarded and the iPhones were crashing. The virus was affecting any application you'd receive it on. There was a problem in reopening the application. The IOS bug was a more severe one than the current message. It is best to avoid such spam messages and try and delete those messages as soon as possible.

(The above story first appeared on LatestLY on May 05, 2018 10:23 AM IST. For more news and updates on politics, world, sports, entertainment and lifestyle, log on to our website latestly.com).