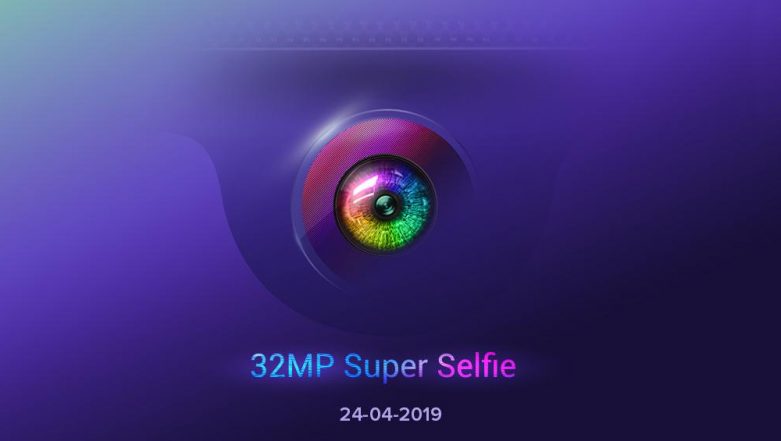 The Chinese phone brand - Xiaomi is all set to launch the new smartphones under its popular - Redmi sub-brand that will be called as Redmi Y3 and Redmi 7. The phone maker will be launching the new devices at an event, which is slated to commence at 12 PM IST. The company will also be broadcasting the launch event straight from the venue, which can be witnessed on Xiaomi's official YouTube channel and social media handles. The new Redmi Y3 smartphone has been teased by the company for quite some time now. Xiaomi Redmi Y3, Redmi 7 Smartphones Launching Today in India; Watch LIVE Streaming & Online Telecast of Xiaomi's Launch Event.

Xiaomi Redmi Y3: As per the recent teasers dropped by the company, the upcoming Xiaomi Redmi Y3 will sport a 32MP selfie camera. Moreover, the teaser images also reveal that the phone will carry similar design as that of Redmi Note 7 along with a waterdrop notch. The new Redmi Y3 reportedly will be a major upgrade from Redmi Y2's 16MP front camera. It is also speculated that the new device will be shipped with 4000 mAh battery and will run on Android 9 Pie based on the MIUI 10. The new Xiaomi Redmi Y3 is expected to be offered in 2 storage versions - 3GB & 4GB. The base variant with 3GB RAM and 32GB internal storage is expected to be priced at Rs 8,999 whereas the bigger 4GB RAM and 64GB ROM variant would cost Rs 10,999.

Xiaomi Redmi 7: The new Redmi 7 phone was also teased alongside the upcoming Redmi Y3 by Manu Jain on his official Twitter account. The device reportedly will sport a 6.26-inch HD+ display with a water-drop notch at the front along with Corning Gorilla Glass 5 protection. Under the skin, there will be a Snapdragon 632 chipset that will be clubbed with up to 4GB of RAM and up to 64GB of internal memory, which can be expanded up to 256GB via microSD. Unlike Redmi Y3, the new Redmi 7 will be offered in 3 variants - 2GB, 3GB & 4GB. At the rear, there will be a dual camera setup (12MP primary and 2MP secondary shooter) and an 8MP front camera. To be backed by a 4000 mAh battery, the phone will also come with 10W fast-charging support. As far as the prices are concerned, the base variant of Redmi 7 could be priced from Rs 7,000.