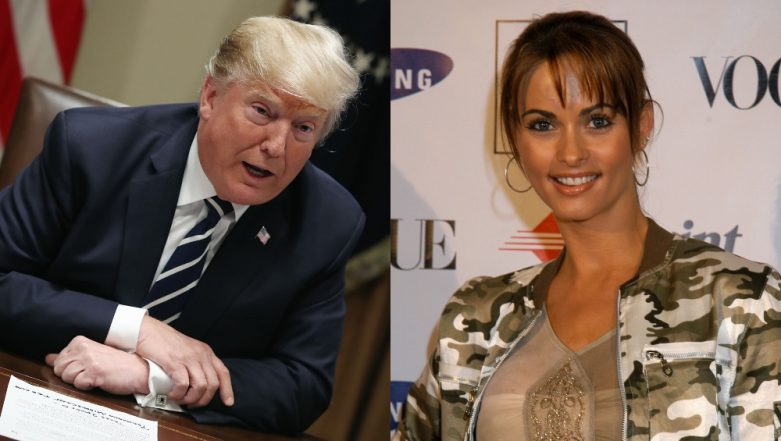 Washington, July 21: US President Donald Trump's former lawyer Michael Cohen secretly recorded a conversation between the two men prior to the 2016 election about paying a former Playboy model who said she had an affair with the leader, the media reported. The FBI seized the secret recording made by Cohen during a raid on his offices earlier this year, the New York Times reported on Friday.

The report said that on the recording, Cohen and Trump discussed paying Karen McDougal, who says she had a year-long affair with Trump starting in 2006, shortly after he married Melania Trump. The conversation took place two months ahead of the 2016 election.

The Justice Department was investigating Cohen's involvement in paying women to tamp down embarrassing news stories about Trump ahead of the 2016 election. His lawyer Lanny J. Davis said in a statement that he was "sensitive" to the ongoing investigation but added: "Suffice it to say that when the recording is heard, it will not hurt Cohen.

The Washington Post also reported that the FBI seized a tape of Cohen's that discussed payments involving McDougal, but it had some conflicting details. It said that Trump and Cohen were discussing a payment for McDougal's story about her alleged affair.

American Media Inc. (AMI), the publisher of the National Enquirer tabloid, purchased the rights to McDougal's story in August 2016 for $150,000 but never ran the piece.

Trump and Cohen discussed buying McDougal's story from AMI during the recorded conversation, according to the Post. The newspaper reported that it was unclear why the men did not buy the story but they were reportedly discussing the same amount that the publisher paid McDougal.

The President's attorney Rudy Giuliani confirmed to the Post that the recording existed, but did not discuss details and said a payment was never made.

Giuliani asserted that the recording lasts less than two minutes and shows that Trump did nothing wrong. There was no indication on the tape that Trump knew before the conversation about the payment from AMI to McDougal, he said.

Giuliani initially indicated the men discussed a payment from Trump to McDougal -- separate from the Enquirer's payment -- to buy her story. Later, he said Trump and Cohen had actually discussed buying the rights to McDougal's story from the tabloid.

But the payment was never made, Giuliani said, adding that Trump had told Cohen that if he were to make a payment related to McDougal, to write a check rather than send cash, so it could be properly documented.

Cohen, who has not been charged, is also under investigation for possible bank fraud and campaign finance law violations, including a $130,000 nondisclosure payment made in 2016 to adult-film star Stormy Daniels. She also claims having an affair with Trump.