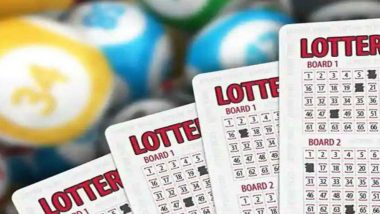 "I was very excited to be playing for the first time. I actually missed watching the live draw, so I checked the results the following morning and it was only then that I realised I had won. Finding this out was a brilliant feeling and I am very happy," Gulf News quoted Shivin Wilson, who works as an engineer at a petrochemical plant, as saying. Big Ticket Abu Dhabi: Indian Expat Wins Over USD 3 Million in Raffle Draw in UAE.

Wilson said his friends, who are regular Mahzooz players, encouraged him to join in the digital draw that has a whopping first-tier prize of 50 million dirhams.

Hailing from Kerala, Wilson said he will allocate part of his winnings to pursue career-related qualifications.

"Besides using the money for educational purposes, I plan on using it to support my parents," he added.

(The above story first appeared on LatestLY on Jan 22, 2021 04:24 PM IST. For more news and updates on politics, world, sports, entertainment and lifestyle, log on to our website latestly.com).