Sanskrit, Kannada, Telugu, Malayalam and Odia are the other languages that have been declared as classical languages in India by the government. 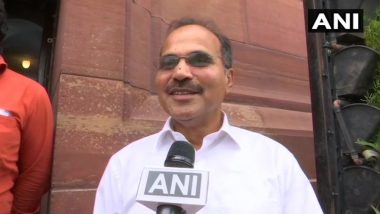 New Delhi, September 21: Leader of Congress in Lok Sabha Adhir Ranjan Chowdhury on Monday urged the government to give Bengali language the status of a "classical language" in the country.

"Bengali literature is one of the most enriched bodies of literature in modern India and Bangladesh. I propose that the Bengali language should be given the recognition of a classical language. This is my request to the government. I don't have any different opinion about the recognition of six languages (already classified) as classical languages," Chowdhury said in the Lower House. Also Read | Farm Bills Passed in Lok Sabha and Rajya Sabha: Former Maharashtra CM Devendra Fadnavis Hails Centre's Agriculture Bills.

"There is no specific eligibility of how a classical language is determined. Bengali language with all its heritage should be included as a classical language," he said. Also Read | PM Narendra Modi Lays Foundation Stone of Highway Projects Worth Over Rs 14,000 Crore in Bihar.