This HDR format offers an upgraded set of features like support for dynamic metadata. 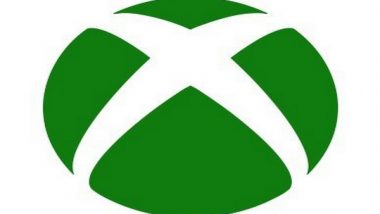 Washington, May 15: Dolby Vision gaming will soon be arriving on the Xbox Series X and S for testers who are a part of the Xbox Insider's "alpha ring" group. This HDR format offers an upgraded set of features like support for dynamic metadata.

According to The Verge, Microsoft said that the feature means "brighter highlights, sharper contrast, and more vibrant colours" in games when you are playing on a Dolby Vision-compatible TV, offering "better clarity in both light and dark scenes." The consoles currently support HDR via the less advanced HDR10 standard. Microsoft Testing Its Xbox Game Pass Cloud Service in 1080p Resolution: Report.

It is known that Microsoft's current generation of Xboxes would support Dolby's HDR standard since before the consoles' release. Last September, Dolby announced that they'd be "the first consoles to support the Dolby Vision HDR format with dynamic metadata for gaming." Sony's PS5, meanwhile, currently does not support Dolby Vision.

Microsoft said that Dolby Vision support should be easier to configure for users. "Dolby Vision games automatically map to any display with Dolby Vision, you're always seeing the best possible picture available," the company said.

This means no more sliders to adjust your picture settings. However, it advises that testers might need to update their TV's firmware to take full advantage of the technology.

During an earlier test of the feature in March, it was noted that users reported that all HDR games appeared to be outputting in Dolby Vision, rather than needing to specifically support the upgraded format.

However, as per The Verge, it is unclear if this will be the case when the feature officially releases. As part of the announcement, Microsoft said it will be sharing more about the games that will take "full advantage" of the standard soon.