US Says No Policy Change on Kashmir, Calls India and Pakistan to Maintain Calm and Restraint 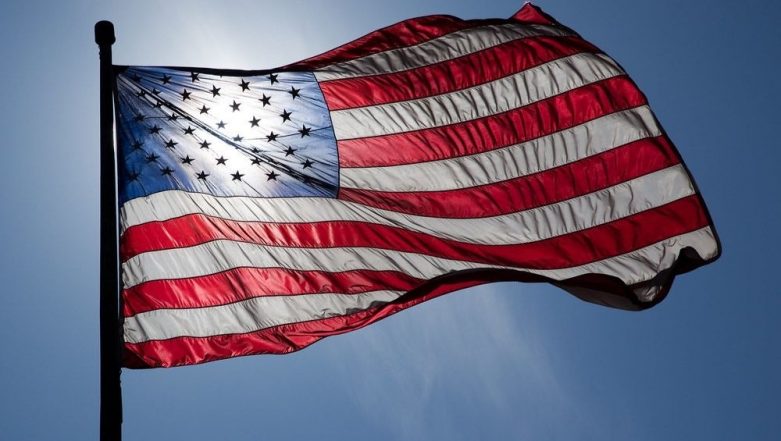 Washington, Aug 9: The United States on Friday said that there is no change in its policy on Kashmir and called on India and Pakistan to maintain calm and restraint.

"No", replied State Department Spokesperson Morgan Ortagus when asked by reporters if there has been any change in America's policy on Kashmir.

The US policy has been that Kashmir is a bilateral issue between India and Pakistan and it is up to the two countries to decide on the pace and scope of the talks on the issue. Pakistan Does Not Want War With India, Says Imran Khan Amid Tension in Jammu And Kashmir.

"And if there was, I certainly wouldn't be announcing it here, but no, there's not," Ortagus said in response to a follow up question. She said the United States supports dialogue between India and Pakistan over Kashmir.

"It's something that we've called for calm and restraint by all parties. We want to main peace and stability, and we, of course, support direct dialogue between India and Pakistan on Kashmir and other issues of concern," the US State Department spokesperson said.

India had on Monday revoked provisions of Article 370 to take away Jammu and Kashmir's special status, and bifurcating the state into two union territories -- Jammu and Kashmir, and Ladakh. Ortagus said the US was working closely with the two South Asian countries.

US Secretary of State Mike Pompeo had met External Affairs Minister S Jaishankar in Bangkok last week. Responding to a question on Pakistan Prime Minister Imran Khan's allegations of human rights violations in Kashmir, Ortagus said, "I really don't want to go beyond what we've said, because it's such a tenuous issue. It's something that we're talking to them about quite closely."

"The United States, whenever it comes to any region in the world where there are tensions, asks for people to observe the rule of law, respect for human rights, respect for international norms. We ask people to maintain peace and security and direct dialogue," she said.

The State Department spokesperson said the US was closely monitoring the situation in Jammu and Kashmir.

"There are reports, as you've mentioned, of detentions and restrictions of residents in Jammu and in Kashmir. And again, that's why we continue to monitor this very, very closely," she said.

Ortagus reiterated earlier statements that the US was not consulted and informed by India about its decision on scrapping articles 370 and 35A of the Indian Constitution.

"There was no heads up given," she said. Successive US administrations' policy have been to encourage India and Pakistan to resolve their differences through dialogue.

The Trump administration has insisted that Pakistan needs to create conducive conditions for talks by taking irreversible and decisive actions against terrorist and militant groups operating from its soil.

Meanwhile, after Acting Secretary of State for South and Central Asia Alice Wells, another senior US diplomat is heading to India. The visit was pre-scheduled but it would be used to discuss the current issues, Ortagus said.

"Deputy Secretary of State John J Sullivan will travel to Thimphu, Bhutan, and New Delhi, August 11 through 17th to advance the United States partnership with two nations that are critical to preserving the rules-based order in the Indo-Pacific region," the US State Department spokesperson said. In Bhutan, she said, Sullivan will explore expanding and deepening the ties with the government and people of Bhutan.

The deputy secretary will be the highest-level executive branch official from the United States to visit Bhutan in over two decades, Ortagus added.

She said Sullivan will then travel to New Delhi to advance the "broad and multifaceted" US-India Strategic Partnership, which is based on a shared commitment to democratic values, economic growth and rule of law.

"There, the deputy secretary will meet Minister of External Affairs S Jaishankar and address the India-US Forum," Ortagus said.