They have fallen sharply over the past year but remain well above the 230,000 weekly figure typical before the pandemic struck the economy in March 2020. 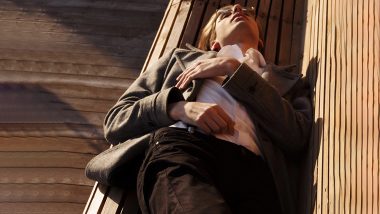 Washington, April 29: The number of Americans applying for unemployment benefits dropped by 13,000 last week to 553,000, the lowest level since the pandemic hit last March and another sign the economy is recovering from the coronavirus recession.

The Labour Department reported Thursday that jobless claims were down from 566,000 a week earlier. They have fallen sharply over the past year but remain well above the 230,000 weekly figure typical before the pandemic struck the economy in March 2020.

Unemployment claims are a proxy for layoffs, and economists have long viewed them as an early indicator of where the job market and the economy are headed. But the figures have become less reliable in recent months as states struggle to clear backlogs of applications and suspected fraud muddies the actual volume of claims.

The job market has been bounding back in recent months. Employers added an impressive 916,000 jobs in March, and the Labour Department is expected to report next week that they hired another 875,000 in April, according to a survey from the data firm FactSet. The unemployment rate has dropped to 6 per cent from a peak of 14.8 per cent in April 2020. (Before the pandemic, unemployment was just 3.5 per cent in February 2020.)

Employers are beginning to complain that they can't find workers — despite an elevated unemployment rate. Americans may be reluctant to return to work because they still fear contracting the virus or because they need to care for children who haven't returned to school. US Proud to Deliver First Shipment of Oxygen Equipment, Raw Materials for Vaccine Production to India, Says Secretary of State Antony Blinken.

Another factor could be a federal supplemental unemployment benefit of USD 300 a week, on top of state aid, that means some low-income workers can earn more from jobless benefits than they did from their old jobs.