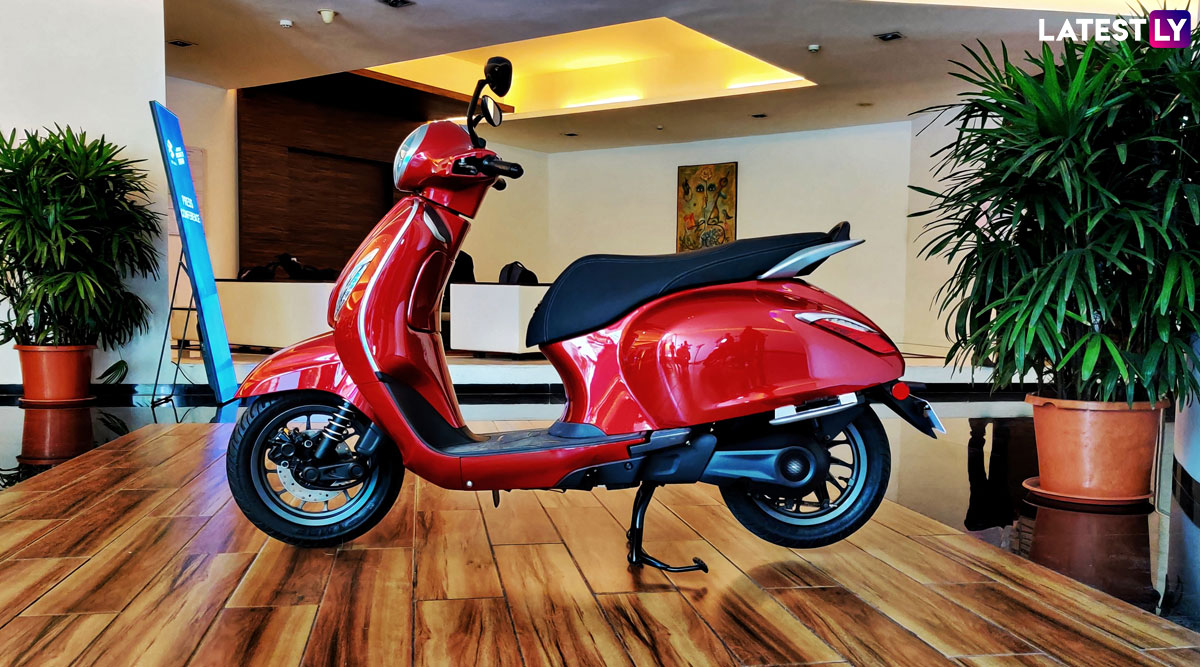 Bajaj Chetak, the much-loved scooter, will be reintroduced in the Indian market today. However, we will be seeing an electric avatar of the scooter that will be officially launched today at an event in Mumbai. The Chetak electric scooter will be the first electric two-wheeler in India from the main stream two-wheeler manufacturer. The company will be officially announcing the prices for the e-scooter. Revealed towards the end of last year, the Chetak scooter will be the first product from Bajaj Auto's EV division called Urbanite. It is important to note that the event will majorly focus on details such as prices, availability and deliveries of the Bajaj Chetak electric scooter. Bajaj Chetak Electric Scooter To Be Launched in India on January 14; Expected Price, Bookings, Features & Specifications.

On the mechanical front, the e-scooter will employ a 4kW electric motor to generate power from a lithium-ion battery. The battery is claimed to offer range of around 100 km on a single charge in Eco Mode. On the other hand, the scooter will offer a range of 85 km in Sport Mode.

The battery equipped on the Chetak can be fully charged in just five hours. Additionally, the battery is capable of providing juice of 25 percent in just an hour of charging. The auto maker will also be providing a warranty of three years or 50,000 kms on the lithium-ion battery. Bajaj Chetak Electric Scooter To Be Launched Tomorrow in India; Expected Prices, Bookings, Deliveries, Features & Specifications.

The company had confirmed during the unveiling of the scooter that it would be retailed across the country via Pro-Biking dealerships across the country. However, the scooter will be available in Pune initially followed by other cities. Coming to the pricing, the official prices will be announced at the event. However, we speculate that the e-scooter could be priced around Rs 1.2 lakh (ex-showroom). As far as deliveries are concerned, the company is expected to commence the same after the price announcement.