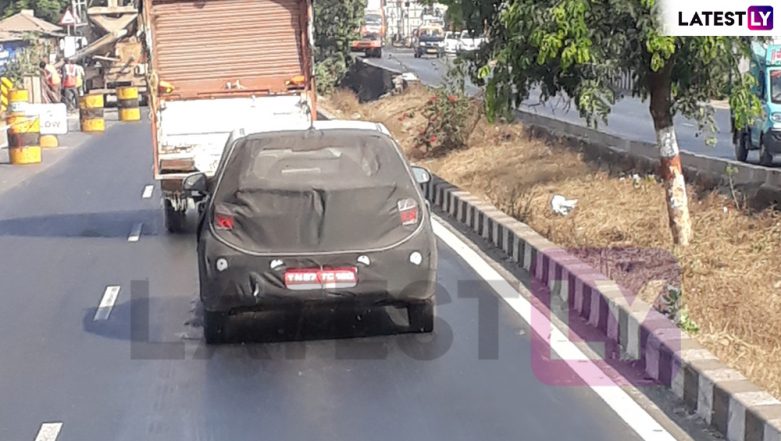 Hyundai India, the Korean carmaker is gearing up to launch the next generation Grand i10 hatchback in the Indian market. According to the market reports, it is believed that the refreshed version of Grand i10 is likely to be launched in the country by mid of this year. Ahead of its launch, we have already seen couple of spy pictures of the hatch surfacing on the internet. Yet again, the hatchback has been captured on camera, exclusively by LatestLY, while doing rounds near Lonavla. New Hyundai Santro 2018: 10 Things To Know About India's Favourite Family Car.

The new Hyundai Grand i10 car is expected to sport new set of dual-tone alloy wheels as well as roof rails (which can be confirmed from the spy shot). Moreover, the car is also expected to feature multi reflector headlamps and ORVM-mounted turn indicators on top-of-the-line variant. Additionally, the hatchback will continue to be based on the same platform as that of the current generation model. if the market reports are to be believed, the car maker could make some necessary modifications on the car for enhancing the interior space. 2019 Geneva Motor Show: Tata Altroz, Altroz EV, Buzzard & H2X Concept Showcased At Annual Auto Show. 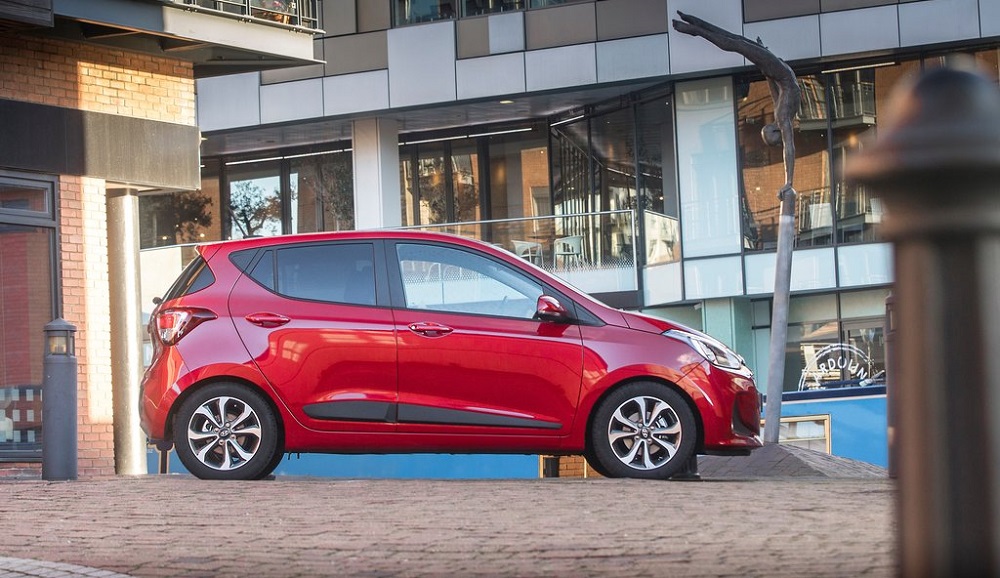 Under the hood, the new 2019 Hyundai Grand i10 hatchback is expected to be powered by the same set of powertrains. The petrol unit is a 1.2-litre Kappa VTVT petrol unit while the diesel engine could be the same 1.2-litre U2 CRDi oil burner. The former is capable of churning out maximum power of 83bhp with peak torque of 113Nm whereas the latter will produce 75bhp and 190Nm of power figures. The transmission duties on the new Hyundai Grand i10 are likely to be carried out by 5-speed manual transmission along with new 5-speed AT unit.

When launched, the new Hyundai Grand i10 will be pitted against the likes of Maruti Suzuki Swift, Maruti Ignis and the Mahindra KUV100 NXT. As far as the pricing is concerned, it is rumoured that the car maker could be launched slightly higher or at similar price point in comparison to the current model.