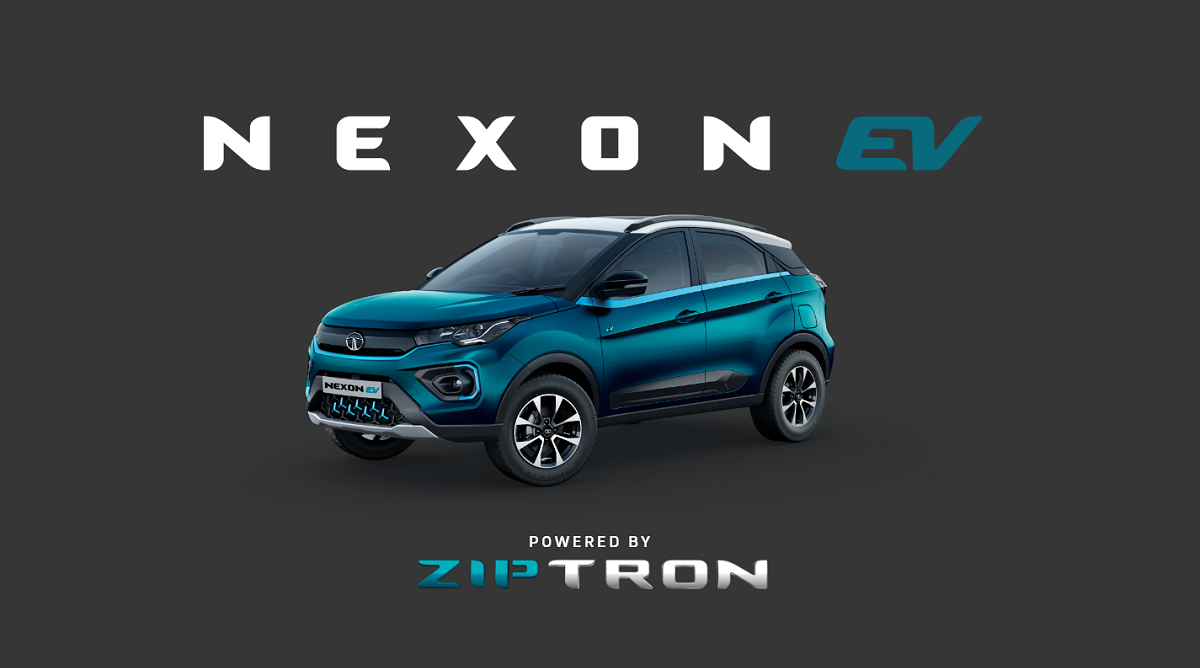 After launching Altroz premium hatchback in India last week, Tata Motors yet again is geared up to launch another car in the country. The home-grown automaker will be launching its second electric vehicle – Nexon EV tomorrow in India. To be based on the Nexon facelift, the Tata Nexon Electric was officially unveiled in December 2019. Likely to be priced from Rs 15 lakh (ex-showroom), the all-new Nexon EV could be India’s most affordable electric SUV. When launched, the car will take on the recently launched MG ZS EV and Hyundai Kona. Tata Altroz, Tiago, Tigor & Nexon Launched in India; Check Prices, Features, Variants & Specs

The upcoming Tata Nexon EV is built on company’s Ziptron technology which comes powered by an electric motor that draws power from a 30.2 kWh battery. The unit is tuned to make maximum power of 129PS against peak torque of 245Nm. The company claims that the Nexon EV can hit 100kmph-mark in less than 10 seconds. Additionally, the Nexon EV will also be seen with different driving modes like Drive and Sport.

As far as the battery backup is concerned, the Nexon EV is claimed to offer a range of 312km on a single charge. Moreover, the company will also be offering various charging options with the electric vehicle. The CCS2 fast charger can easily charge the battery up to 80 percent in just 1 hour. However, the SUV will be charged in 8 hours via home wall-box charger. The Nexon EV will also be offered with a provision of charging via 15A socke, but that would be requiring overnight charging. 2020 Tata Altroz Premium Hatchback Launched in India at Rs 5.29 Lakh.

The overall design of the Nexon EV is largely inspired from the facelifted counterpart. The electric car gets similar front fascia, new accents on front air dam, LED graphics for taillight, revamped floating roof, 16-inch alloys and more. On the inside, Nexon EV too comes loaded with high-end features. It gets semi-digital instrument cluster with 7-inch TFT display. Apart from this, the car will come equipped with 7-inch touchscreen infotainment system with Android Auto and Apple CarPlay, a Harman sound system, sunroof, auto AC with rear AC vents, and more.

The company will be announcing the prices for the all-new Nexon EV tomorrow at an event. As the Nexon EV will be offered in three variants, it is expected to get a starting price of Rs 15 lakh. Moreover, the top-of-the-line variant – XZ+ LUX could get a price somewhere around Rs 17 lakh. If launched at these prices, the Nexon EV will undercut its rivals by a fair margin.