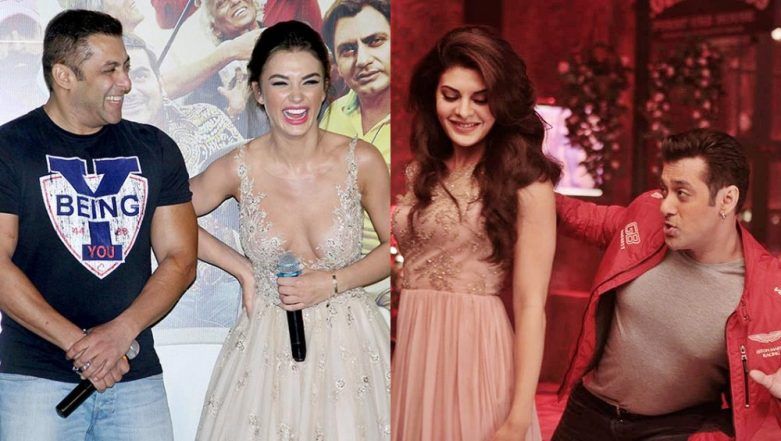 Much to Salman Khan fans' surprise, the makers of his 2014 blockbuster Kick announced that the movie will have a sequel that is scheduled to release in 2019 during Christmas. Salman Khan will, of course, return as 'Devil' - the daredevil conman with a Being Human attitude. Sajid Nadiadwala, who had produced the first movie as well as made his directorial debut there, will also be helming the sequel.

However, the lead actress of Kick, Jacqueline Fernandez may not be making a return to the franchise if certain reports are to be believed. The actress, who is currently working with Salman in Race 3, is given the boot since Kick 2 will have a completely new plot and characters, save for Salman's Devil.

As per a report in Deccan Chronicle, Jacqueline will most probably be replaced by Amy Jackson for the sequel as the female lead. She already has the support of Salman Khan, who definitely has a soft corner for actresses with a foreign connection. Though they have not shared screen before, the British-born actress had been a part of Freaky Ali, that was directed by Sohail Khan and produced by Salman. She was also a part of his Being Human campaign.

Interestingly, her Freaky Ali hero Nawazuddin Siddiqui played the main antagonist in Kick. We wonder who would do the honours of troubling the Khan in the sequel.

Amy Jackson is currently awaiting the release of the much awaited sci-fi thriller 2.0. The Shankar-directed movie has Rajinikanth play the hero and will be seen in dual roles, while Akshay Kumar is playing the villain here. Like Rajinikanth, even Amy will also be seen as an android in the movie. Thanks to the movie's extensive pros-production process and VFX work, the movie has been getting postponed frequently. Earlier it was supposed to come out on April 27, but now it has been pushed ahead, with Thalaiva's gangster drama Kaala taking up the slot.

Well, watch this space for more updates on Kick 2 as well as 2.0.