Celebrity photographer and film producer Atul Kasbekar has denied an anonymous allegation that he and "Cheat India" director Soumik Sen are "sleazebags who harass women with their powerplay". 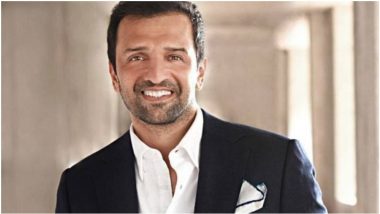 Celebrity photographer and film producer Atul Kasbekar has denied an anonymous allegation that he and "Cheat India" director Soumik Sen are "sleazebags who harass women with their powerplay". In a statement on Twitter, Ellipsis Entertainment -- which Kasbekar -- co-owns, reacted on the allegation based on an anonymous tveet from a newly-created ID on the micro-blogging platform. #MeToo Allegations Against Anu Malik Refuse to Stop; 2 More Women Share SHOCKING Details of The Singer's Sexual Misconduct.

The statement, signed by Kasbekar, Tanuj Garg, Shanti Sivaram, Swati Iyer and Piya Sawhney, reads: "We have no received any complaint of inappropriate behaviour by director Soumik Sen from any female member in our unit of 'Cheat India' during the shooting." They pointed out that the banner has produced films like "Neerja" and "Tumhari Sulu", renowned for their female protagonists which have been beacons for women empowerment.

"While we support the #MeToo movement in India, we urge for people to be wary of unsubstantiated allegations, particularly anonymous ones, which could be mischievously made with ulterior motives. We also hope that these do not dilute the credibility of the ongoing movement

The anonymous post said her most recent experience of working with Kasbekar and Sen on "Cheat India" was "rather disturbing". She says Sen used to talk about wanting to see her and her female colleagues enact scenes for a lesbian web series. "He (Sen) would narrate unnatural sex scenes and would suggest how we would be apt to play part, all in the presence of Atul Kasbekar who would be flaunting a huge grin on his face. He would also read out erotic poems between scenes. One such encounter had me losing (sic) my cool and asking Soumik to back off, I was sternly warned that if I fuss about such things I would be thrown out of 'Cheat India'.

"The producer Atul who was also a part of the discussion chose to keep silent and took no action even when I displayed my discomfort. The film has wrapped and I have sworn to never work with Soumik or Atul ever again. They are sleazebags who harass women with their powerplay," the account further read.

(The above story first appeared on LatestLY on Oct 20, 2018 03:13 PM IST. For more news and updates on politics, world, sports, entertainment and lifestyle, log on to our website latestly.com).