Kambakkht Ishq was a love-hate story between Akshay Kumar and Kareena Kapoor Khan which was crazy popular. But much of its popularity was because it was perhaps for the first time that Hollywood actors acted in a Hindi film including our birthday boy Brandon Routh. 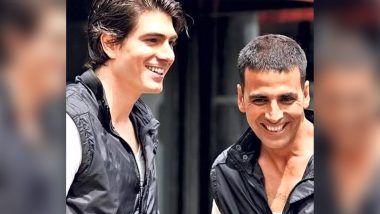 2009 was a good year for Akshay Kumar when nearly every movie of his was a superhit. Kambakkht Ishq was one of them. But more then Akshay and Kareena Kapoor's hate to love transition, it was the presence of a range of big Hollywood greats in the film that got people talking. Brandon Routh, Denise Richards, and Sylvester Stallone decided to be part of this crazy ride which is supposedly funny. The movie did a decent business at the box office and a lot of that is because the audience wanted to see these amazing Hollywood people in a Bollywood movie. How often does that happen? Like, Never! Laxmmi Bomb Trailer to Drop on THIS Date; Akshay Kumar Makes the Big Announcement

Brandon in an interview on the sets of the film mentioned how he thought the love story was deeply passionate as it starts with hate. Akshay played his body double in the film. Check out his interview here...

The presence of such Hollywood actors in a Bollywood film was made possible by none other than Pooja Batra. The spokesperson from Sajid Nadiadwala's office informed Bollywood Hungama, "Pooja was instrumental in fixing meetings with Hollywood bigwigs such as Sylvester Stallone, Denise Richards and Brandon Routh." If this piece of trivia left you stunned, you know who to thank.

(The above story first appeared on LatestLY on Oct 09, 2020 09:20 AM IST. For more news and updates on politics, world, sports, entertainment and lifestyle, log on to our website latestly.com).