He concluded by saying that he does not want to involve his parents in all these controversies. He said that it is his life and he decided what happens with it. 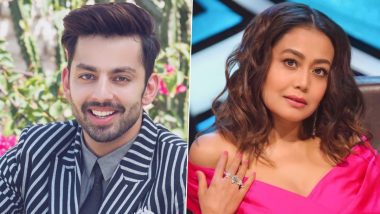 Himansh Kohli and Neha Kakkar's relationship always made it to the tabloid for one thing or another. The two opened up about each other after the breakup and Himansh expressed how separation from Neha affected his mental health. After the breakup, Neha married Rohanpreet Singh and reports started doing rounds that Himansh apologised to the singer after the marriage happened. Stating that it is fake news, Himansh had lashed out on many media portals for publishing false news. Neha Kakkar and Himansh Kohli Finally Confirm Their Relationship, Well Sort Of.

Back in November 2020, Himansh took to Instagram to slam these fake news and wrote, “I wonder when such manipulative content will be banned from social media. Who is benefitting from all this nonsense? What’s more upsetting is that people are sharing this actively. Please wake up and stop spreading the hatred and this fake post. Sudhar jao (Get back on track)." The actor has now opened up about the whole issue.

“Mujhe lagta hai ki ek insaan ko toh blame lena hi hota hai life mein jab koi problem ho jaati hai (I think one person always has to take the blame whenever there is a problem), so let it be me only. That’s fine. What triggered me was log mere parents, mere sister ke baare mein ulta seedha likh rahe hai (people were writing all kinds of nonsense about my parents and sister),” he further added. Neha Kakkar Regrets Making Her Break Up with Himansh Kohli Public, Says 'Will Never Repeat the Same Mistake'.

He concluded by saying that he does not want to involve his parents in all these controversies. He said that it is his life and he decided what happens with it. He added that matters of love are something he does not his parents to be bothered with. Himansh and Neha broke up in December 2018, after being in a relationship for almost a year.

(The above story first appeared on LatestLY on Feb 23, 2021 08:02 PM IST. For more news and updates on politics, world, sports, entertainment and lifestyle, log on to our website latestly.com).