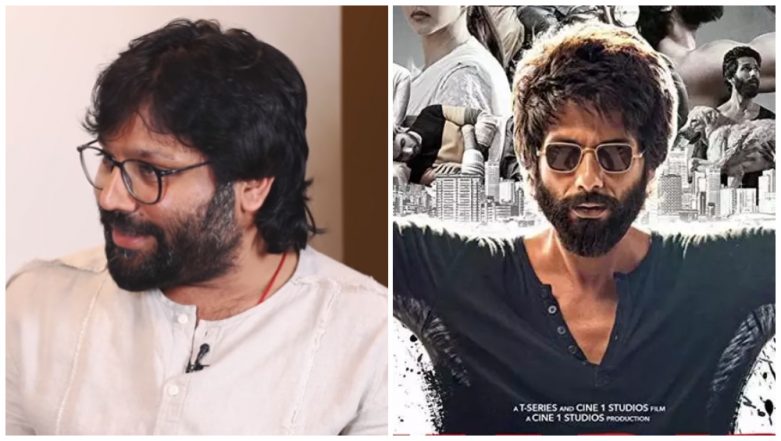 Shahid Kapoor's latest release, Kabir Singh, has become a huge success at the box office. The movie has received monumental criticism as well. Critics have accused it to be misogynistic and something that promotes toxic masculinity. The movie is a frame by frame remake of the Telugu film, Arjun Reddy. Director of both films is Sandeep Reddy Vanga. He sat down for an interview with Anupama Chopra for Film Companion, where he explained his point of view. For instance, the two lead characters in the film do not mind slapping each other or even being slapped, has been explained as what love should be like. There is more. Kabir Singh Box Office Collection Day 15: Shahid Kapoor and Kiara Advani's Film Remains Steady on Third Friday, Mints Rs 218.60 Crore.

Sandeep talking about the film's success said, "When I started this film, I knew it would be a big success at the box office, but I never thought that the rage would be repeated, and it has multiplied four times now.” He added that he had no idea that the movie will also achieve such a cult status once again. Kabir Singh Song Yeh Aaina: Shahid Kapoor-Nikita Dutta's Subtle Bonding Gets a Magic Touch By Shreya Ghoshal's Soulful Voice.

When asked about the criticism he said, there was a little backlash towards Arjun Reddy also but what happened with Kabir Singh is bizarre. "When you question their belief system, I think people get angry. It is not even a healthy criticism, it is very pseudo," he explained.

Anupama, told Sandeep a few things that she has heard from the women. Of course, she asked him what he meant by pseudo. "I feel its pseudo, When you are deeply in love and deeply connected to a woman (and vice versa), there is a lot of honesty in it and if you don't have the physical demonstration of... if you don’t have the liberty of slapping each other, then I don’t see anything there.”

"These women whoever you are talking about, they were never in love," he added.

He called Rajeev Masand the 'fat guy who reviewed my film'. Sandeep said Rajeev gave him only 2 stars, the audience has given him Rs 200 crore. He added that these guys are more of a threat to the film industries than piracy.