Rajkummar Rao was recently spotted engaged in a serious game of chess with veteran actor Paresh Rawal. Rajkummar posted a picture of his game with Paresh on Instagram Stories. 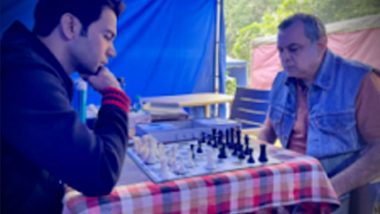 The film also stars Kriti Sanon and Dimple Kapadia, and is scheduled for release next year. The actor recently shared a monochrome picture on Instagram and shared some words of wisdom. Rajkummar Rao Teases Fans With a Bare Back Pic as He Preps for His ‘Naya Kirdaar’ 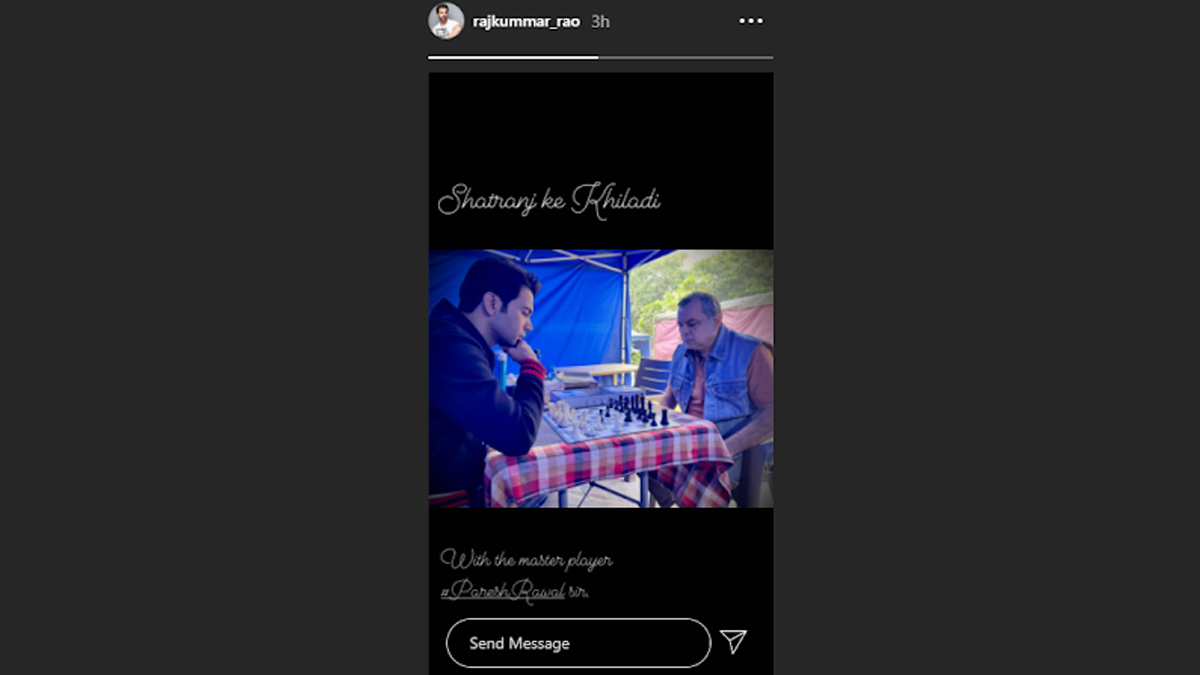 Rajkummar had double-release duirng Diwali this year. He featured in Anurag Basu's dark comedy anthology multistarrer "Ludo", as well as Hansal Mehta's comedy "Chhalaang". Both films were released digitally. He has "Badhaai Do" and "RoohiAfza" coming up.

(The above story first appeared on LatestLY on Nov 26, 2020 05:05 PM IST. For more news and updates on politics, world, sports, entertainment and lifestyle, log on to our website latestly.com).