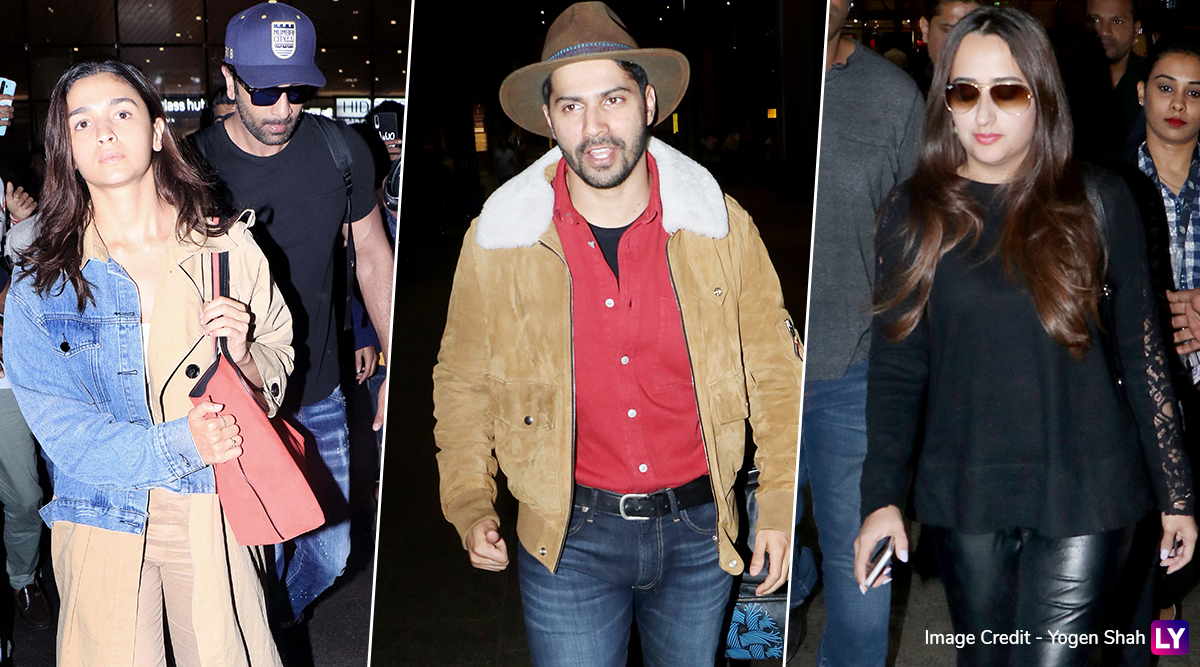 Most of the celebs were in abroad to ring in New Year 2020. Pics of several Bollywood stars did rounds on social media. Well, some of them are back in town! Lovebirds Ranbir Kapoor – Alia Bhatt and Varun Dhawan – Natasha Dalal have returned to Mumbai post their New Year vacay. These two couples were spotted at the Mumbai Airport yesterday. ‘Good Girl’ Alia Bhatt Poses for a Perfect New Year Selfie with ‘Best Boys’, Ranbir Kapoor and Ayan Mukerji.

Ranbir Kapoor and Alia Bhatt had headed to an undisclosed location. But Alia did give a sneak peek from her vacay with beau Ranbir. Along with them Brahmastra director, their buddy, Ayan Mukerji had also joined the duo for the vacay. The pictures that Alia had shared on Instagram proved that the trio had a time of their lives. Even when Varun Dhawan and Natasha Dalal were spotted at the airport, when they were leaving for mini-vacay, it wasn’t know where they were headed to. But when Karisma Kapoor shared a pic that featured her sis Kareena Kapoor Khan and Varun Dhawan, all doubts were cleared. Varun and his girlfriend had visited Switzerland to celebrate the New Year. Varun Dhawan and Natasha Dalal Wish Fans a Happy New Year 2020 From Their Romantic Swiss Vacay! (View Pics). 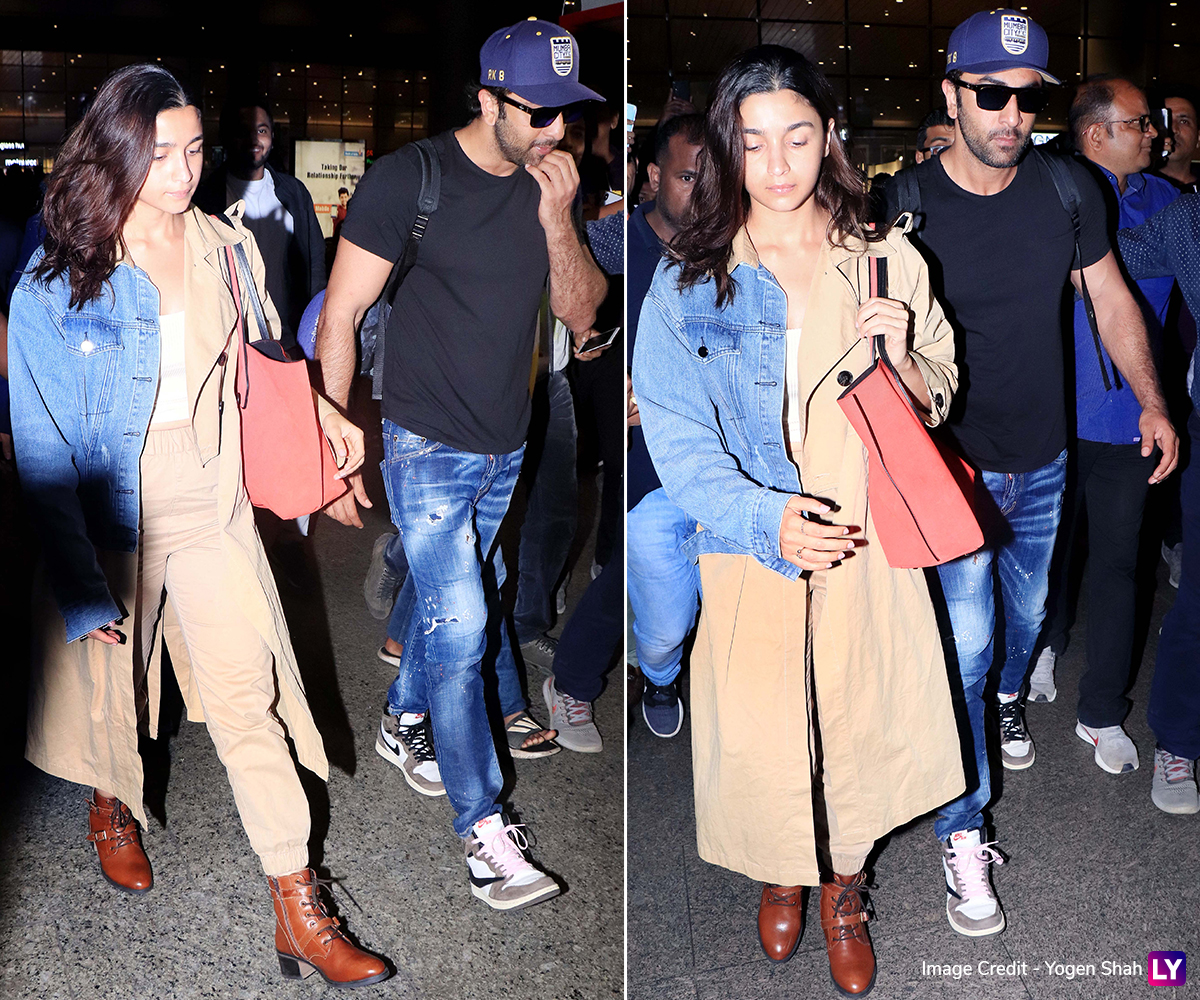 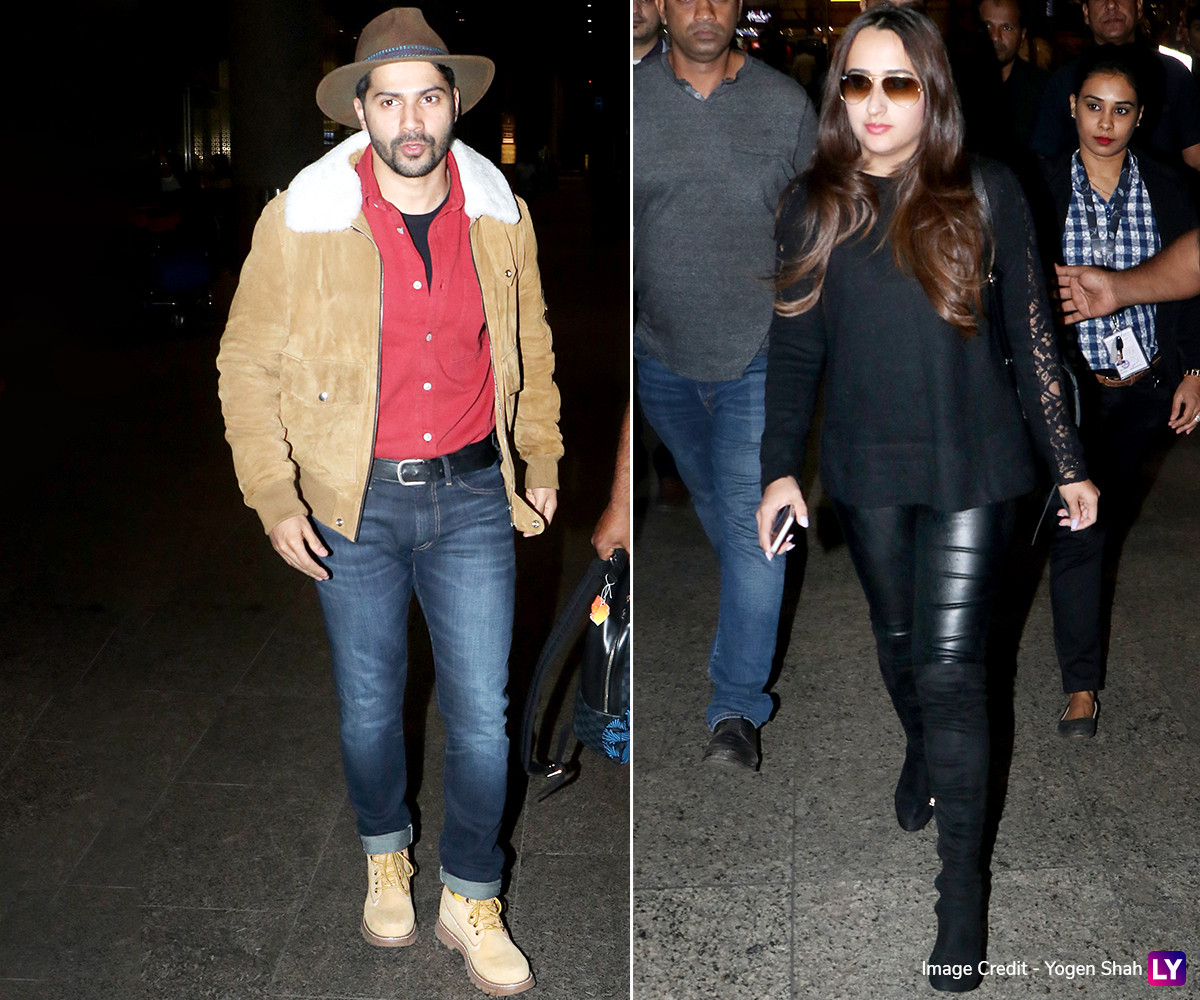 On the work front, Ranbir Kapoor and Alia Bhatt would be seen in Brahmastra, which is expected to hit the screens in summer this year. Meanwhile, Varun Dhawan’s upcoming flick Street Dancer 3D will be releasing on January 24, 2020. Stay tuned for more updates from the world of showbiz!