Shah Rukh Khan In Rocketry The Nambi Effect: All You Need To Know About SRK’s ‘20 Minute’ Cameo In R Madhavan’s Film (SPOILER ALERT)

The trailer of Rocketry: The Nambi Effect gave a glimpse of Shah Rukh Khan. With this film, the superstar would be making his return to the big screens after a four-year hiatus. 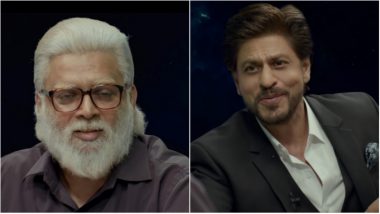 Rocketry: The Nambi Effect is going to hit the big screens on July 1. It is one of the most-anticipated projects of R Madhavan, which is based on the life of Nambi Narayanan, and the actor not only plays the lead but also is making his directorial debut here. Movie buffs are eagerly waiting to watch and know how everything unfolded for the former ISRO scientist who was falsely accused of espionage and arrested in 1994. But apart from the real drama being presented in reel, there’s one more factor that fans have been waiting for the release of this film. It is none other than the appearance of Shah Rukh Khan in Rocketry: The Nambi Effect. Shah Rukh Khan Makes Big-Screen Return With a Cameo in R Madhavan's ‘Rocketry’ and His Fans Go Crazy!

The trailer of Rocketry: The Nambi Effect gave a glimpse of Shah Rukh Khan. With this R Madhavan directorial, the superstar would be making his return to the big screens after a four-year hiatus. His last appearance was in Aanand L Rai’s Zero, which released in 2018. Since then SRKians have been eagerly looking forward to his return and here you go! Just a day to go and Shah Rukh Khan is set to shine once again with his cameo appearance in Rocketry: The Nambir Effect. 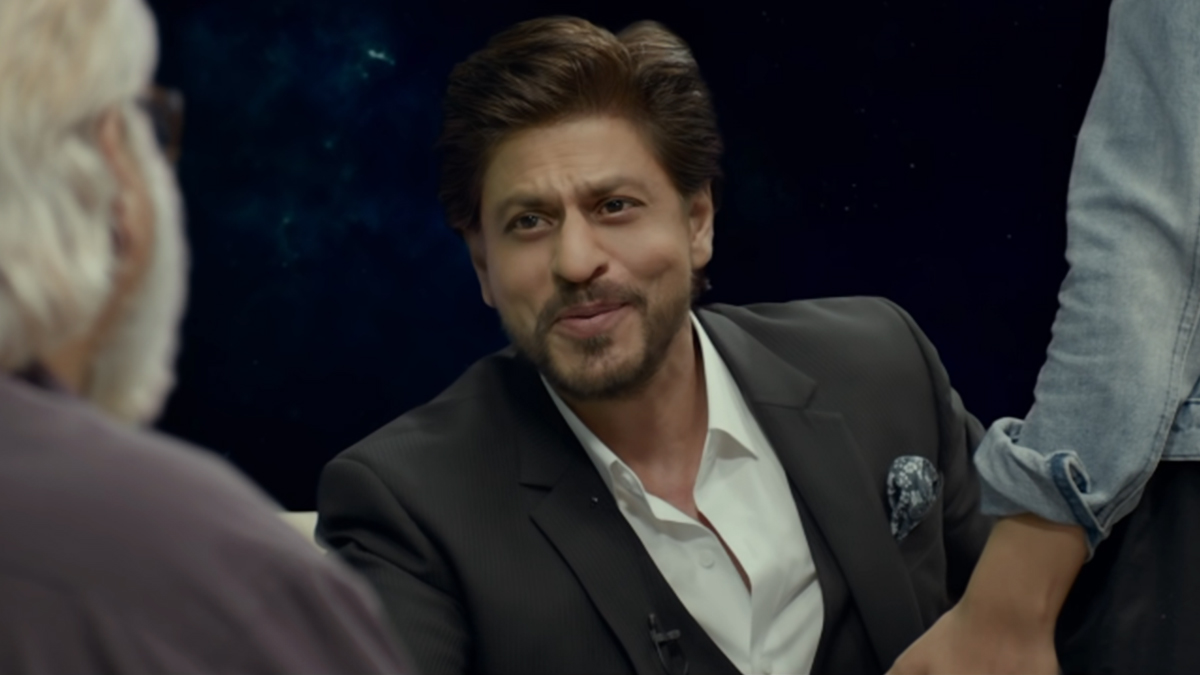 Shah Rukh Khan is essaying the role of an interviewer  who would talk to the scientist in a chat show in 2014 in the Hindi version of Rocketry: The Nambi Effect. He would be seen playing himself, the one who is curious to know everything that happened in Nambi Narayanan’s life. As he interviews the reel Nambi Narayanan, the rest of the film will be set in flashback mode. Rocketry Hindi Trailer 2: R Madhavan Is Sure To Amaze You As Veteran ISRO Scientist Nambi Narayanan (Watch Video).

As per sources, Shah Rukh Khan's cameo is quite meaty and he briefs details of Nambi Narayanan's life to the audience through the 'fictional' chat show. The Bollywood superstar especially shines in the finale of the movie, where he gets really emotional after hearing about the sufferings that the scientist had to go through, and is shown asking for forgiveness on behalf of the entire nation.

In the Tamil version, it would be Tamil superstar Suriya Sivakumar who would don the same role, and we expect his arc to be similar to that of SRK's.

Watch The Hindi Trailer Of Rocketry: The Nambi Effect Below:

Shah Rukh Khan’s cameo appearance in R Madhavan’s film is surely going to serve as a major treat for all movie buffs. We just cannot wait to watch the superstar in the three major releases that he has announced for next year – Dunki, Pathaan and Jawan, as well as his cameos in Lal Singh Chadda and Brahmastra. Meanwhile, Rocketry: The Nambi Effect would be releasing tomorrow (July 1) in English, Hindi, Tamil, Telugu, Kannada and Malayalam languages.

(The above story first appeared on LatestLY on Jun 30, 2022 04:28 PM IST. For more news and updates on politics, world, sports, entertainment and lifestyle, log on to our website latestly.com).