Who is Actor Faraaz Khan Battling For Life In ICU? Here's All You Need To Know About Rani Mukerji's Mehndi Co-Star

Faraaz Khan, Rani Mukerji's Mehendi co-star, is battling for life at an ICU. His brother is appealing fans to donate so that he can treat him. If you aren't able to remember him, here's a quick look back at his career. 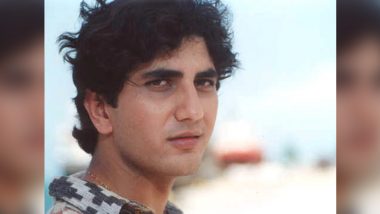 Faraaz Khan has been admitted to an ICU and is battling for his life. Pooja Bhatt threw light on his condition through a tweet saying, "Please share and contribute if possible. I am. Would be grateful if any of you can as well." The ailing actor's brother has started a fundraiser for his treatment and has appealed to people to donate. They are facing a financial crunch and they have to put together Rs 25 lakh for his treatment. Now you all must have been thinking who is Faraaz Khan. Let us tell you something about him. Faraaz Khan Is Battling For Life In ICU, Pooja Bhatt Requests Fans To Contribute To The Fundraiser Set Up For Veteran Actor

Those who are from the late 90s, they are familiar with the actor. Faraaz Khan debuted with Fareb in 1996 which made Milind Gunaji an overnight sensation along with Khan and Suman Ranganathan. Since it was the 90s, music was mind-blowing. The thriller and Khan drew a lot of praise for the film.

But Khan's debut was supposed to happen in 1989. Yes, Faraaz Khan was signed to play the lead role in Maine Pyar Kiya. But he apparently fell so ill that he couldn't be part of it. The film eventually went to Salman Khan. Not many are aware but Faraaz Khan is the son of Yusuf Khan known for his role as Zubisko in Amitabh Bachchan's Amar Akbar Anthony.

Faraaz Khan has worked with many A-list heroes and heroines in his tenure. He was Rani Mukerji's hero in one of her initial movies before Ghulam and Kuch Kuch Hota Hai happened. Apart from that there's Govinda-Tabu's Dil Ne Phir Yaad Kiya, Prithvi, Dulhan Banoo Main Teri and many more.

He was also equally active on Television with a recurring role of Singar in Ssshhhhh...Koi Hain, Kareena Kareena, Sindoor Tere Naam Ki and more.

Now that you are aware of the actor, please do the needful to help him in his time of need. We wish him a speedy recovery.

(The above story first appeared on LatestLY on Oct 14, 2020 04:06 PM IST. For more news and updates on politics, world, sports, entertainment and lifestyle, log on to our website latestly.com).