We have already covered the surprise gems of 2020 and our favourite web-series of the year. Now it is time to look at our 10 fave Hindi films of the year! 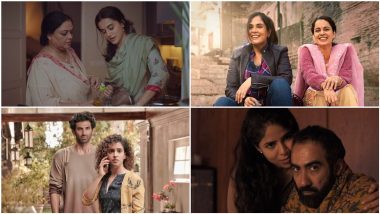 Year Ender 2020: 10 Bollywood Movies That Won Our Hearts This Year!

So this year was not all bad, right? Even for movie buffs whose anticipated films were pushed to 2021 and even 2022 must have lead to some disappointment, we have had some good films that come out in 2020. Some of them came out in theatres and some on platforms like Netflix, Amazon Prime Video and Zee5. Some had superstars and your favourite actors like Taapsee Pannu, Aditya Roy Kapur, Ajay Devgn in the lead, while some had newbies in the lead. Year-Ender 2020: From The Invisible Man to Soul, 11 Hollywood Films That We Enjoyed Watching the Most This Year.

We have already covered the surprise gems of 2020 and our favourite web-series of the year. Now it is time to look at our 10 fave Hindi films of the year! 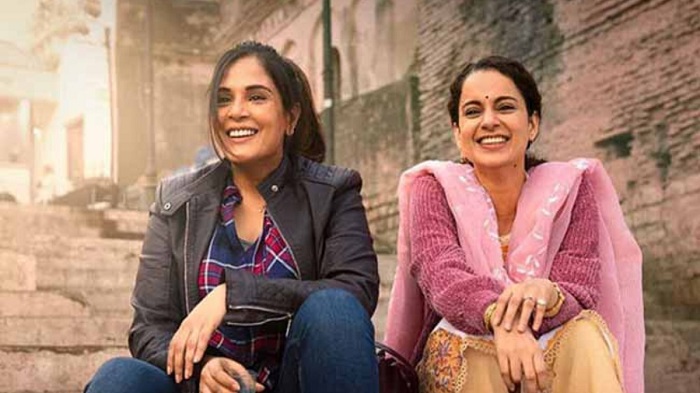 A Still From Panga

An heartwarming sports drama that is also high on emotions, there is nary a thing not to dislike about Ashwiny Iyer Tiwari's film. Say what you want about Kangana Ranaut the person, the actress in her is always a treat to watch on the screen, and she has ample support in an excellent supporting cast, featuring Jassi Gill, Neena Gupta and Richa Chadha. 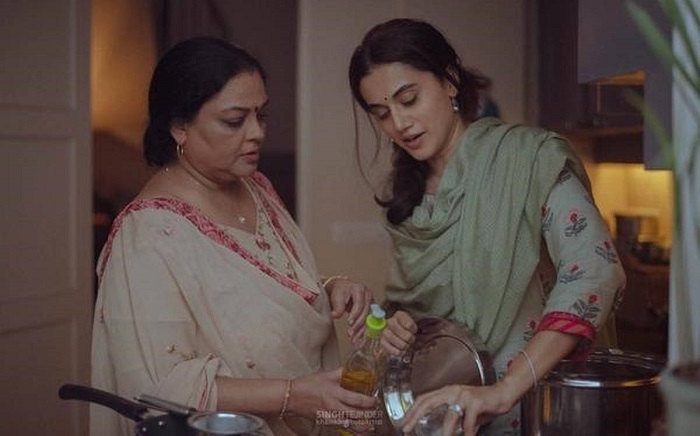 A Still From Thappad

Speaking of excellent cast. how great was the one assembled by Anubhav Sinha for his social drama! Thappad may have its issues (giving prominence to upper class domestic troubles over regular abuse faced in poor families), but it serves some very powerful moments in a narrative filled with surprises, with each actor delivering to the film in the best way possible, especially Taapsee Pannu, Kumud Mishra, Ratna Pathak Shah and Tanvi Azmi. 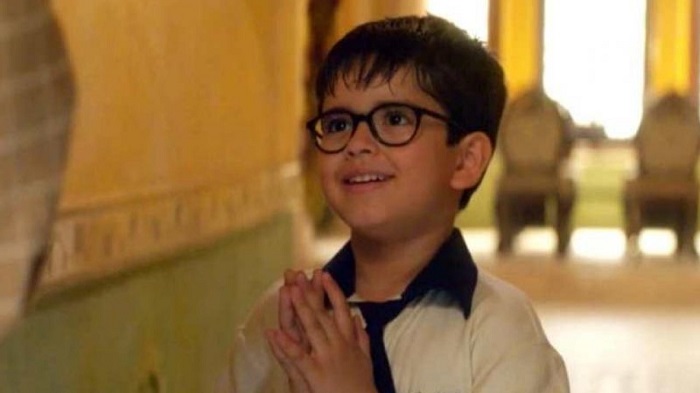 A Still from Chintu Ka Birthday

A sweet little gem that is filled with some very lovely scenes and even lovelier performances, Chintu Ka Birthday is just heartwarming at its best. Dealing with an Indian family trapped in iraq as they celebrate their young son's birthday, the film has its heart in its right place and makes sure that you see it pretty well. Vinay Pathak, Tillotama Shome, Seema Pahwa and even the actors portraying the American soldiers are just too good. Check it out on Zee5. 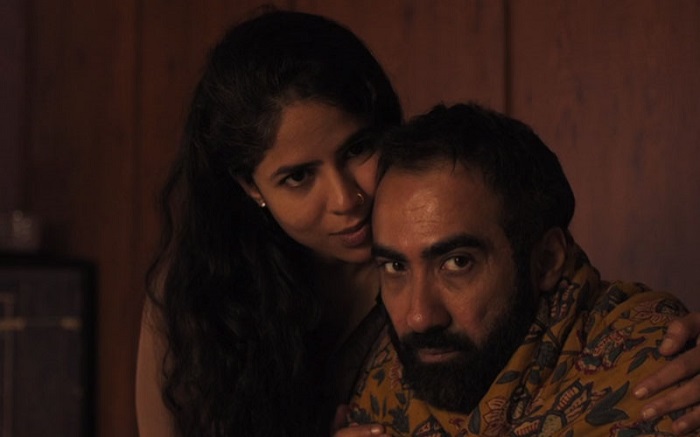 Kadakh was delayed for two years over its director Rajat Kapoor's #MeToo accusations, and it came out earlier this year on SonyLIV. Kadakh is very engaging black comedy, partly inspired by Alfred Hitchcock's Rope, but quite original in its treatment. The ensemble cast perform their roles well, the humour is wicked at times, and the buildup is really nice! 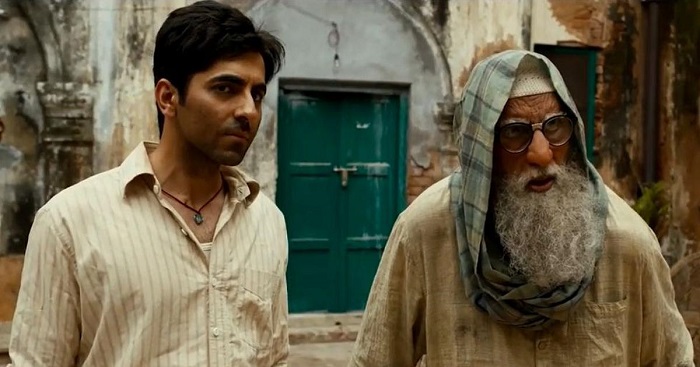 A Still from Gulabo Sitabo

Speaking of black comedy, Shoojit Sircar's Gulabo Sitabo that released straight on Amazon Prime Video really deserved more appreciation than it got. A tale of how people's greed can get the better of them, Gulabo Sitabo has some entertaining flawed characters in the focus, with Amitabh Bachchan towering tall in one of his best performances in recent times as a miserly and cunning shrew. 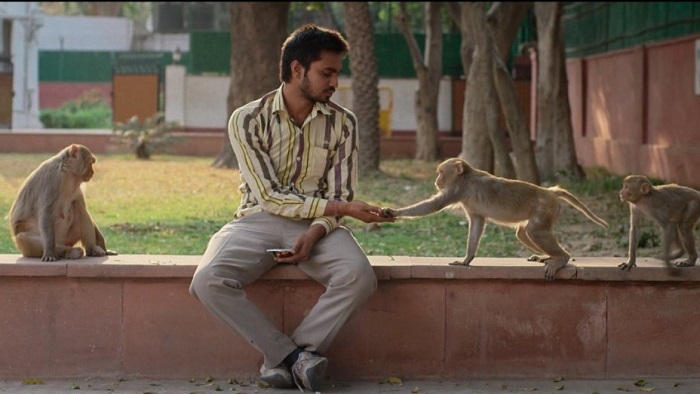 A Still from Eeb Allay Ooo!

Prateek Vats' admirable directorial debut explores lives of a section of society never before covered in cinema - people employed to get rid of monkeys. It is gently paced, but highly effective in its striking view of social divide and how at times, we seem to care more for animals than our own compadres. Beautifully shot, this one is a treat for cinephiles. 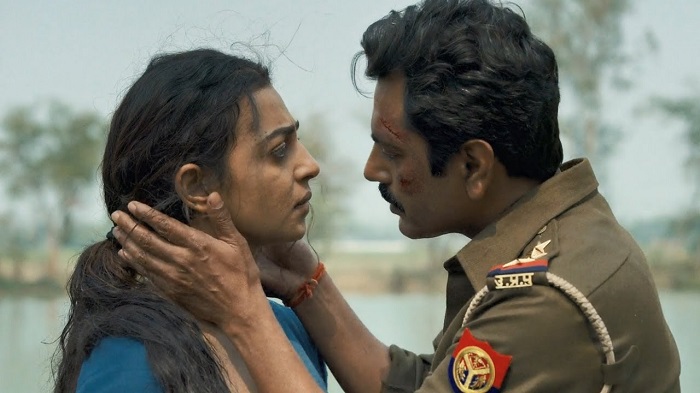 A Still from Raat Akeli Hai 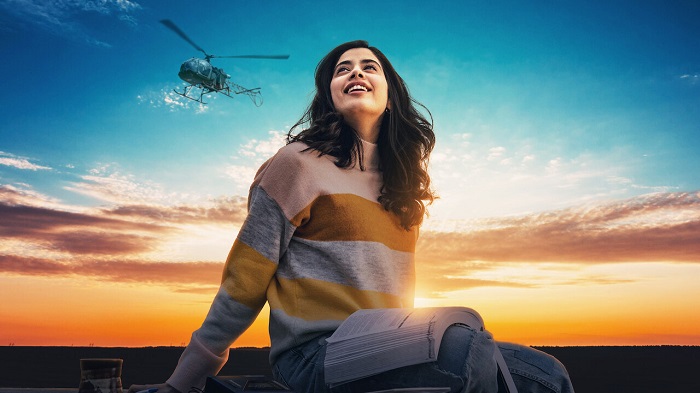 A Still from Gunjan Saxena: The Kargil Girl

Making more headlines for the controversies surrounding the film, it comes as a surprise for Gunjan Saxena, based on a true life story, is a very inspiring film that deserves more eyeballs. Sometimes a film doesn't need to be a masterpiece, but merely be a lovely film that aims for your heart and reaches there, which is exactly what Gunjan Saxena achieves. Janhvi Kapoor's performance has definitely improved, and Pankaj Tripathi walks away with the 'Best Dad of the Year' trophy! 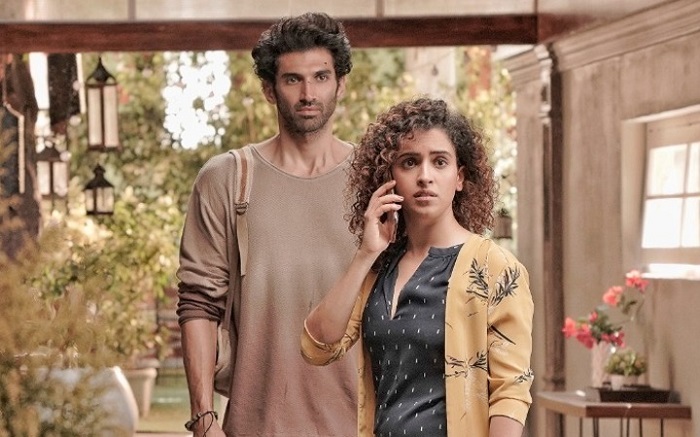 A Still from Ludo

From one Pankaj Tripathi film to another. Anurag Basu's followup to Life... In A Metro is a fantastic black comedy about interconnecting fates, delivering well on both humour and emotions. It has a superlatively engaging screenplay, taut direction and amazing performances from the entire ensemble cast, even from the likes of Abhishek Bachchan (a return to good form) and Aditya Roy Kapur. Ludo is streaming on Netflix. 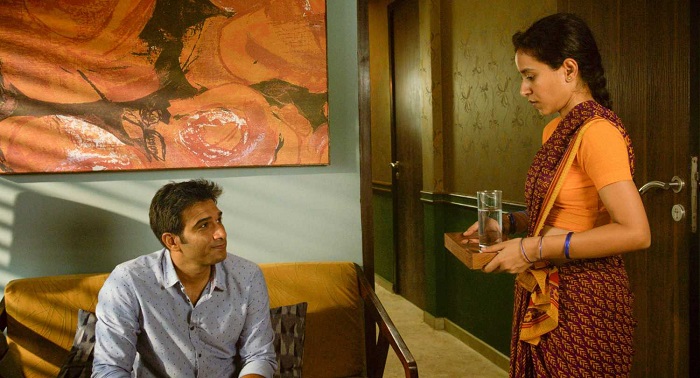 A Still from Sir

A beautifully crafted love story that is also a delicate commentary on social divide, with a masterful performance from Tillotama Shome. Sir is deliberately slow-paced, has repetitive sequences and takes its sweet time to even begin the romantic stirrings between a widowed domestic help and her 'Sir'. But you don't mind the languid pace and the repetitive sequence, as you wait carefully for the story to unfold, without taking a melodramatic approach about it. And that last scene... lovely!

(The above story first appeared on LatestLY on Dec 24, 2020 12:01 PM IST. For more news and updates on politics, world, sports, entertainment and lifestyle, log on to our website latestly.com).