Exclusive! Sayani Gupta On ‘Shameless’ Qualified For Oscar Consideration and The Need For Kindness!

Before being qualified for Oscar consideration, Shameless was a finalist at the recently concluded 3rd edition of the Best of India Short Film Festival 2020. It was also screened at the New York Indian Film Festival. Hussian Dalal won Best Actor at the Filmfare Short Film Awards (2019). 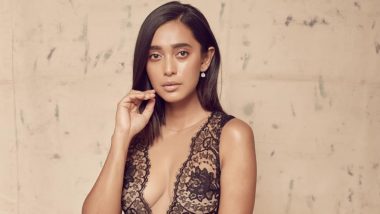 The Sayani Gupta-starrer, Shameless, directed by Keith Gomes is the official consideration for the entry from India in the Live Action Short Film category at the 93rd Oscars, to be held next year. The 15-minute film is a dark thriller comedy that has beaten short films including Vidya Balan's Natkhat in the Oscars entry race. In their exclusive chat with LatestLY, Keith and Sayani discussed the journey of this uniquely crafted film.

"In India, short stories are viewed differently from how out-and-out commercial films are looked at. Some stories and the way they are narrated require this length and (shorter) duration. Shameless is super indie with restricted budgets. but the magic that can come out of human beings and through the act of kindness is what this film is all about. This film is made with a lot love and an intrinsic desire to tell about generosity and being kind, first of all." said Sayani. Sayani Gupta Is Redefining That Consciously Chic Cotton Saree Charm, Here’s How!

"Every film has its own destiny and its own journey. Some films are blessed like Shameless to reach where it has to be considered as possible entry at Oscar from this country, and that I am really grateful for. It simply reiterates in me as a performer that if something is made with the right intention, you have no idea where it can go." she added.

Justifying the title of the film Keith says "Shameless' is who we are when we forget to be kind even at the most basic level. "We don't care to be kind enough and we sometimes need a strike of lightning, a sort of jolt,to wake up to realize that we need to be kind to each other." he expressed. Sayani Gupta Birthday Special: Redefining Elegance As the Perfect Combination of Modesty, Lucidity and Occasional Experimentation With Every Style!

Before being qualified for Oscar consideration, Shameless was a finalist at the recently concluded 3rd edition of the Best of India Short Film Festival 2020. It was also screened at the New York Indian Film Festival. Hussian Dalal won Best Actor at the Filmfare Short Film Awards (2019). The entire team is thrilled about bringing Shameless to viewers all over the world very soon.

"Oscar or being recognized doesn't mean everything. But it does mean something significant. I inevitably ended up watching many Hollywood movies and Oscar nights while Iwas growing up, that's why we can connect with the platform.  Movies for me, is all about people and emotions than just awards and recognitions. But Oscar definitely is the greatest recognition in the one world of cinema, so it is quite overwhelming and I won't discount that!" concluded Keith.

(The above story first appeared on LatestLY on Feb 05, 2021 04:19 PM IST. For more news and updates on politics, world, sports, entertainment and lifestyle, log on to our website latestly.com).