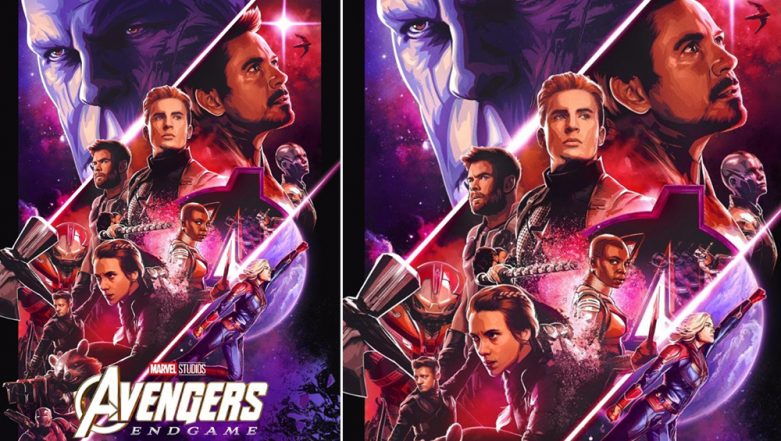 James Cameron says the amazing box office performance of Avengers: Endgame gives him hope about the future of cinema as it proves that people are still interested in going to theatres to watch movies. The superhero film became the world's highest-grossing movie by earning USD 2.796 billion at the box office, breaking the long-standing record set by Cameron's films Titanic and Avatar. People’s Choice Awards 2019 Nominations Full List: Avengers Endgame Leads With Maximum Nominations.

"It gives me a lot of hope. Avengers: Endgame is demonstrable proof that people will still go to movie theatres. The thing that scared me most about making Avatar 2 and Avatar 3 was that the market might have shifted so much that it simply was no longer possible to get people that excited about going and sitting in a dark room with a bunch of strangers to watch something," Cameron told the Deadline. Avengers Endgame Directors Russo Brothers Reveal Why Kneeling Tribute to Iron Man Was Cut from the Film.

Cameron is hopeful that if Endgame could earn record-breaking money at the box office, his long-delayed Avatar sequels could to do the same. "Will Avatar 2 and 3 be able to create that kind of success in the zeitgeist? Who knows. We're trying. Maybe we do, maybe we don't, but the point is, it's still possible. I'm happy to see it, as opposed to an alternate scenario where, with the rapid availability (of) custom-designed experience (s) that everybody can create for themselves with streaming services and all the different platforms, that might not have existed anymore," he said.

Avatar released in 2009 at the beginning of the 3D technology and became a box office sensation thanks to its visuals. But the major concern for the director, known for his trademark big-budget spectacles, would be the delay in the first Avatar and its sequels. The second Avatar film will be released by Disney on December 17, 2021, with Avatar 3 arriving on December 22, 2023. There are other sequels in the pipeline provided these two movies work at the box office.