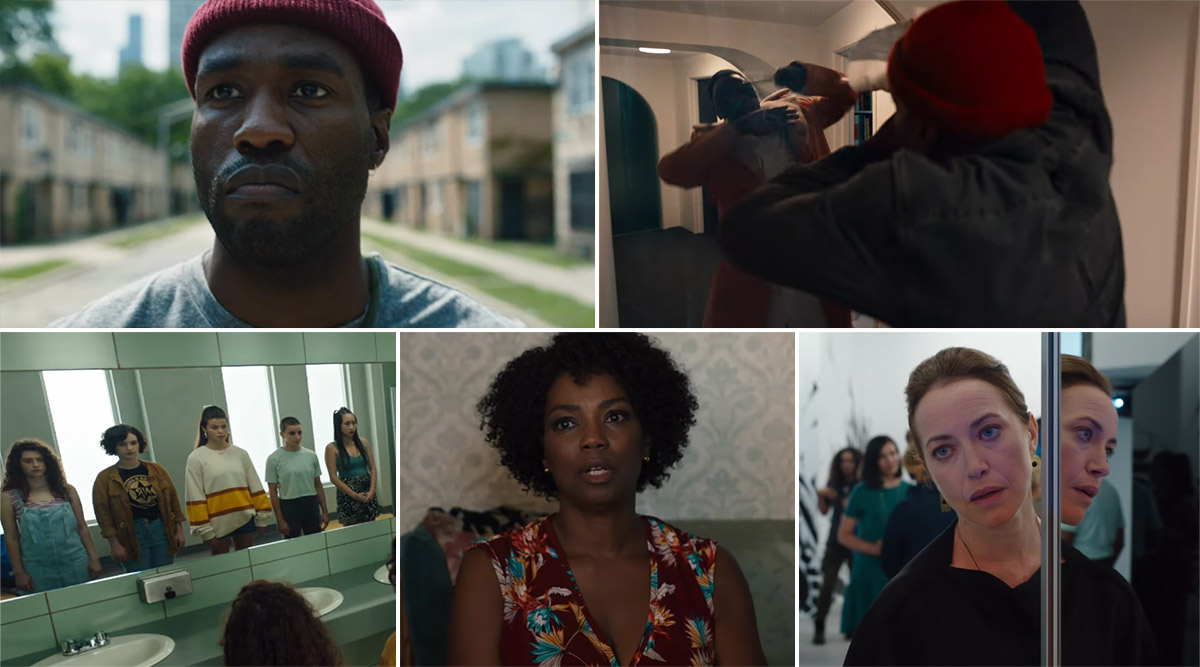 An urban legend says that if you look in the mirror and say Candyman five times, he might just appear. Director Nia DaCosta returns with a sequel to this 1992 release and promises to take you on a ride that's scary and creepy at the same time. The film has been co-written by Jordan Peele, known for movies like Us and Get Out. Watchmen actor Yahya Abdul-Mateen II is in the lead role, playing the grown-up Anthony McCoy (the baby from the first movie). The horror premise takes place in the current time and what’s happened in the thirty years since the first movie. Candyman Teaser Out! Jordan Peele Dares You To Say Candyman 5 Times (Watch Video).

The trailer opens with five young girls calling out his name in what looks like a college washroom. However, things obviously don't turn in their favour and they meet tragic deaths. Meanwhile, Abdul-Mateen's artist wants to "spread the story of Candyman". He comes up with an art exhibition that invites you to summon him and later we see Candyman pick the artist as his next victim. The actual story is about the ghost of an artist and son of a slave who was murdered in the late 19th century and how his ghost terrifies the Cabrini-Green public housing development in Chicago. Nathan Stewart-Jarrett, Colman Domingo Roped in for Jordan Peele's Candyman Reboot.

Check Out the Candyman Trailer Here

Tony Todd, who played Candyman in the original movies, has reportedly returned to the role but we don't see him in the trailer. Though we see glimpses of Candyman terrifying the actors and even killing some of them, he's not shown and we have to leave it to our assumptions. The sequel is slated to release in June 2020.