Married to actress Rachel Weisz, who also celebrates her birthday later this week, Craig is now one of the world's most renowned stars, mostly because of the global fame of his Bond depiction. On the occasion of Craig's birthday, let's look at his seven best films based on IMDB rating. 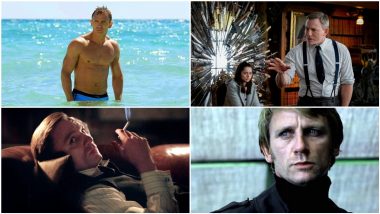 The British actor Daniel Craig is all set to turn 53 on March 2, 2021. The BAFTA and Golden Globe-nominated actor is best known for playing James Bond since the 2006 film Casino Royale till the upcoming flick, No Time to Die, which most probably would be his last outing as the English spy. While Craig has managed to impress his critics enough to be considered as one of the best actors to play Bond, his better performances have come in more dramatic fare like Layer Cake, Some Voices, Knives Out etc. Craig had made his acting debut in the 1992 film The Power of One, where he had a minor role. No Time To Die Delayed Again! Daniel Craig Starrer To Release On October 8, 2021.

Married to actress Rachel Weisz, who also celebrates her birthday later this week, Craig is now one of the world's most renowned stars, mostly because of the global fame of his Bond depiction. On the occasion of Craig's birthday, let's look at his seven best films based on IMDB rating. 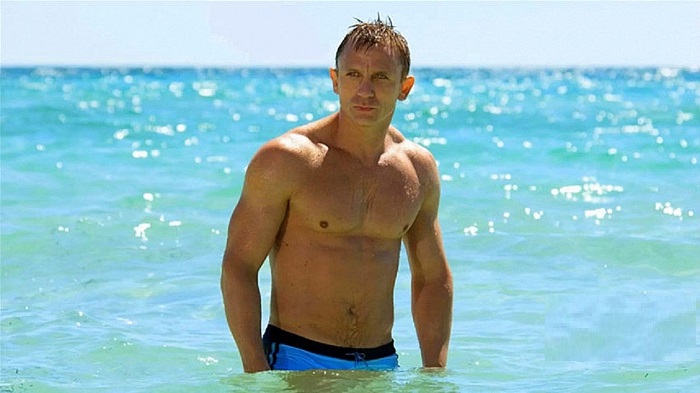 Daniel Craig's first outing as British special agent 007 is considered as many as being his best Bond film, though a certain Skyfall would like to disagree (and Spectre would stay far away from the debate). The reboot does humanise the character, and his doomed romance with Eva Green's Vesper Lynd is a highlight of the film. 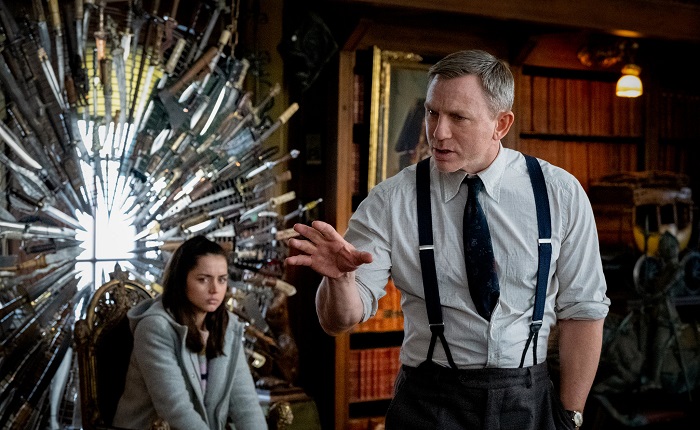 Rian Johnson's clever whodunnit is rather a cleverer how-it-happened. The twists are great, the detailing even better and the cast is fantastic be it a smarmy Chris Evans, a vulnerable Ana De Armas or a snarky Jamie Lee Curtis. And there is Daniel Craig who keeps stealing the show as the brilliant detective Benoit Blanc, who certainly deserves a franchise of his own. Knives Out Movie Review: A Brilliant Murder Mystery Anchored by Daniel Craig's Exemplary Performance. 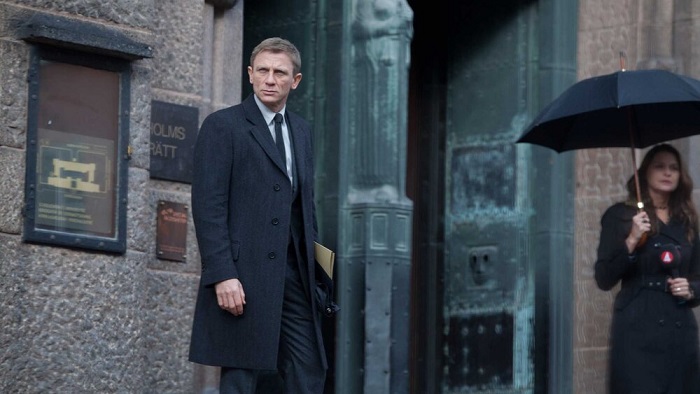 Daniel Craig in The Girl with the Dragon Tattoo (2011)

The mystery thriller directed by David Fincher is based on a novel and has also seen a Swedish movie adaptation. While Rooney Mara caught enough eyeballs with her gritty portrayal of Lisbeth Sanders, Craig underplays his role of the other protagonist,  journalist Mikael Blomkvist, to great effect. 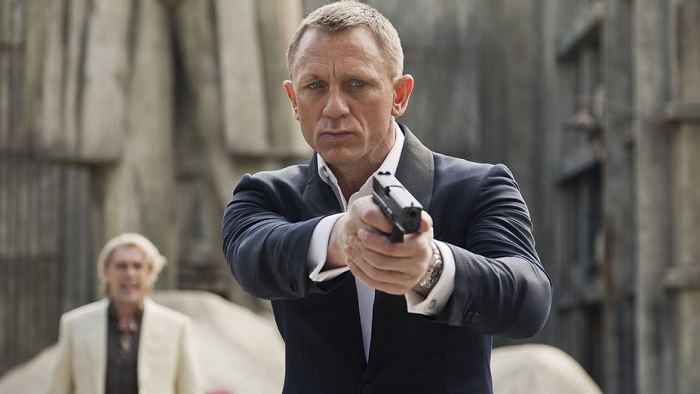 Between the disappointments of Quantum of Solace and SPECTRE, lies a really good James Bond film in this Sam Mendes' directorial. Gorgeously shot, with some fine performances from Craig, Dame Judi Dench as Agent M and Javier Bardem as the antagonist Silva, Skyfall surely ranks among the best of Bond films. 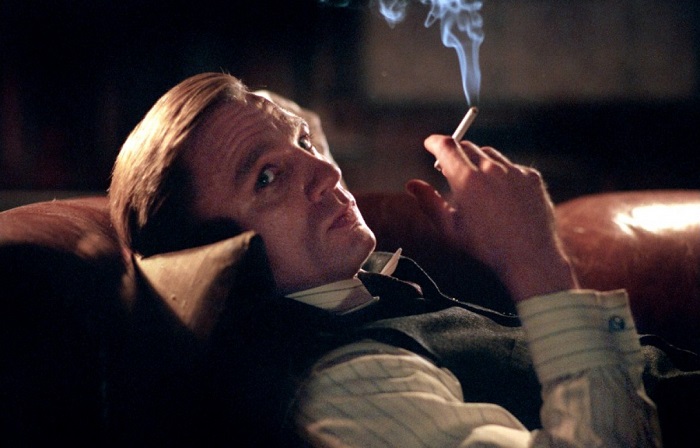 Daniel Craig in Road to Perdition (2002)

Based on a graphic comicbook, Sam Mendes' Road to Perdition has one of best Tom Hanks' cast-against-type roles of a gangster who goes on a run from his former bosses in trying to protect his son. Daniel Craig plays an antagonist, the arrogant son of the protagonist's mob boss. 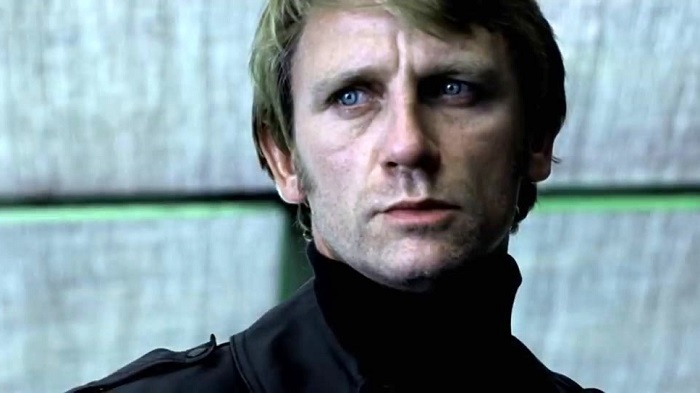 This underrated masterpiece from Steven Spielberg is based on the Israel's covert strike against Palestine Liberation Organization, after they were deemed responsible for Munich massacre at the 1972 Summer Olympics. While Eric Bana played the lead role of the Mossad agent Avner Kaufman, Daniel Craig leaves a mark as Steve, a member of Avner's team. 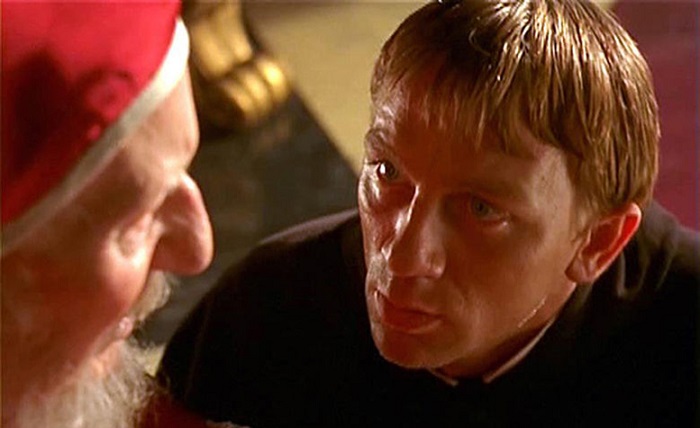 Shekhar Kapur's first Hollywood outing is impressive for the acclaim it got, including a star-making performance by its lead actor, Cate Blanchett. Not many remember that Craig had a smaller role in the film, that of John Ballard, a Jesuit priest who is executed for his role in a plot to assassinate the Queen.

PS: As we looked for the best films of Craig based on the IMDB rating, we have ignored two results that came out. One is Star Wars: The Force Awakens (7.9) that had Craig in an uncredited role of a Stormtrooper. The other is a TV documentary Spielberg, based on the life of the director Steven Spielberg.

(The above story first appeared on LatestLY on Mar 02, 2021 09:11 AM IST. For more news and updates on politics, world, sports, entertainment and lifestyle, log on to our website latestly.com).