The author had written in her essay, "That assault happened at a time and in a space where I was vulnerable, and a man capitalised on an opportunity." 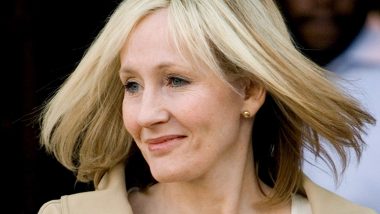 Harry Potter author JK Rowling is in a middle of several rows at a time, thanks to her recent insensitive Twitter spree. She posted transphobic tweets that received backlash from everyone, including Harry Potter stars Daniel Radcliff and Emma Watson. Soon, she came out as a sexual assault survivor and mentioned about her 'violent marriage.' Now, her ex-husband Jorge Arantes has responded to the physical abuse accusation. He admitted that he 'slapped' her but did not 'abuse' her and that he is not 'sorry.'

Speaking with Daily Mail, he reacted, "She shouldn't have involved me." He further went on to say, "There was no domestic violence, nor sexual violence. I slapped her, but I didn't abuse her." The Sun reported him saying, "I’m not sorry for slapping her." It is yet to be known if anyone later told him that 'slapping' is considered as 'abuse.' JK Rowling Under Fire Over ‘Anti-trans’ Tweets; Netizens Unimpressed at Harry Potter Author’s Claim That Transgender Activism Is ‘Erasing the Concept of Sex’.

The author had written in her essay, "That assault happened at a time and in a space where I was vulnerable, and a man capitalised on an opportunity." On the other hand, she also responded to the severe backlash she received from the netizens and celebs for her transphobic tweets. An excerpt reads, "The hundreds of emails I've received in the last few days prove this erosion concerns many others just as much. It isn't enough for women to be trans allies. Women must accept and admit that there is no material difference between trans women and themselves."

(The above story first appeared on LatestLY on Jun 12, 2020 08:52 AM IST. For more news and updates on politics, world, sports, entertainment and lifestyle, log on to our website latestly.com).