Kris Jenner Birthday Special: Did You Know The Self-Made Businesswoman's Net Worth Is $190 Million?

On Kris Jenner's birthday today, let us tell you how she managed to have a net worth of $190mn. But before that, we would like to let that settle. 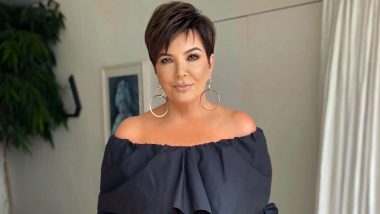 The Kardashians are extremely rich. This family of females some of the richest people on earth. Their cosmetic line is sought after by all age-groups of women while their TV show Keeping Up With The Kardashian is the biggest guilty pleasure on American television. Whatever may be the start, these women have made it big all by themselves which is incredible and the credit for that also goes to Mother Hen, Kris Jenner. Her involvement in the Kardashian-Jenner business earned her a spot at the Forbes' America's Richest Self-made Women list on the 92nd spot. Interestingly, her daughter Kylie Jenner too is part of the list. But what will blow your mind is Kris Jenner's net worth as per Forbes. It stands at a whopping $190 million! Kris Jenner Is Giving Botox Gift Cards to Her Family and Friends This Christmas (Watch Video)

As per Forbes, Jenner runs the business side of the massive Kardashian-Jenner empire. She is the brain behind KUWK for which she pockets $100,000 per episode. Apart from that, she also has stakes in Kylie Jenner's lucrative cosmetic line. Apart from that, she wrote cookbooks, autobiography and even hosted a talk show that was dismissed after just one season.

Kris Jenner has always been confident about her brand. Jenner had once said, "If the answer is no, you are talking to the wrong person." Giving up on an idea was never part of her plan. So when she convinced Ryan Seacrest for a reality TV show like Keeping Up With Kardashian, her daughters weren't even aware and now when the curtains are lowering on the show, all of them will walk away with $2 billion and sunny future prospects.

(The above story first appeared on LatestLY on Nov 05, 2020 09:10 AM IST. For more news and updates on politics, world, sports, entertainment and lifestyle, log on to our website latestly.com).