While the actress has done some impressive work, Arya Stark still remains the most iconic role she has played. The 12-year-old Williams grew up on the show to become one of the strongest characters on the show. 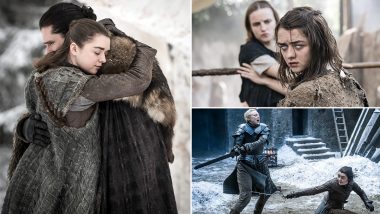 English actress Maisie William needs no introduction. She marked her debut as Arya Stark in Games Of Thrones and is still remembered for her stellar acting on the show. The actress received two nominations for the Primetime Emmy Award for Outstanding Supporting Actress in a Drama Series and global recognition for GOT as well. She went on to star in shows like Doctor Who, the British docudrama television film Cyberbully, the British science-fiction teen thriller film iBoy and the comedy action drama series Two Weeks to Live. Williams also voiced Cammie MacCloud in Gen: Lock. Game of Thrones Actor Maisie Williams Roped In for Sky’s Comedy Series Two Weeks to Live.

After her debut in 2011, she also ventured into acting in films in 2014. Her first appearance in a feature film was in the coming-of-age mystery drama The Falling, for which she received critical acclaim and awards recognition.  She went on to star in films like Mary Shelley, Early Man, and the romantic comedy-drama film Then Came You. In 2020 she featured in The New Mutants and the psychological thriller The Owners. In 2018, she made her stage debut in Lauren Gunderson's play I and You at the Hampstead Theatre in London as well.

While the actress has done some impressive work, Arya Stark still remains the most iconic role she has played. The 12-year-old Williams grew up on the show to become one of the strongest characters on the show. Working with such an ensemble cast, Maisie managed to outshine and get noticed. Her character was powerful, impressive and impactful. Maisie portrayed it with utmost elegance and we applaud the actress to be able to make the character look so convincing. Game Of Thrones Star Maisie Williams Talks About Dealing With Arya Stark's Fame and How it Affected Her Mental Health.

Today Maisie is celebrating her 24th birthday and to celebrate that, we decided to look back at a few moments of Game Of Thrones and bring to you 5 iconic quotes by Arya Stark. Check it out below: 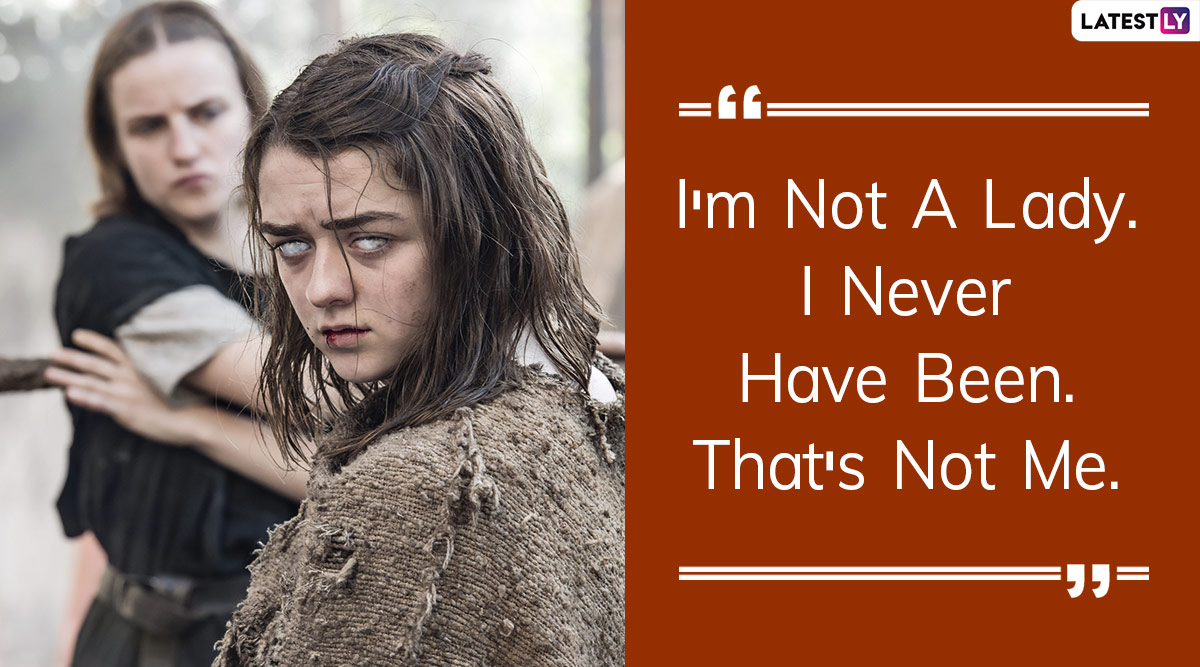 Maisie Williams as Arya Stark (Photo Credit: Instagram)
"Nothing Isn't Better Or Worse Than Anything. Nothing Is Just Nothing." 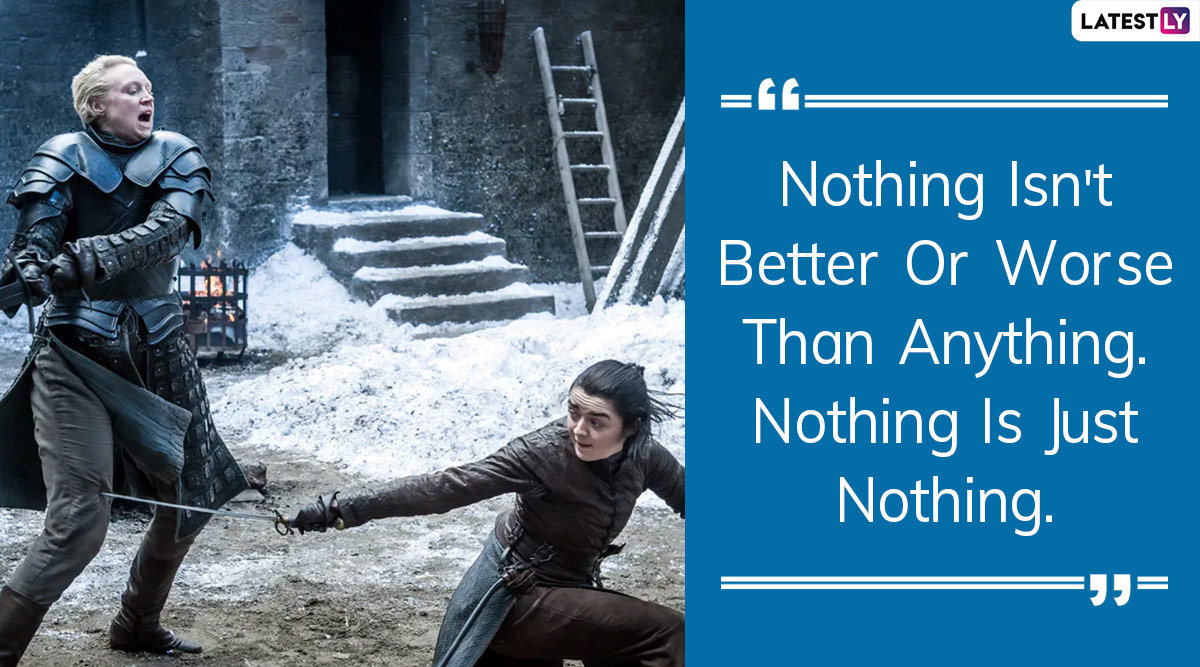 Maisie Williams as Arya Stark (Photo Credit: Instagram)
"The Last Thing You're Going To See Is A Stark Smiling Down At You As You Die." 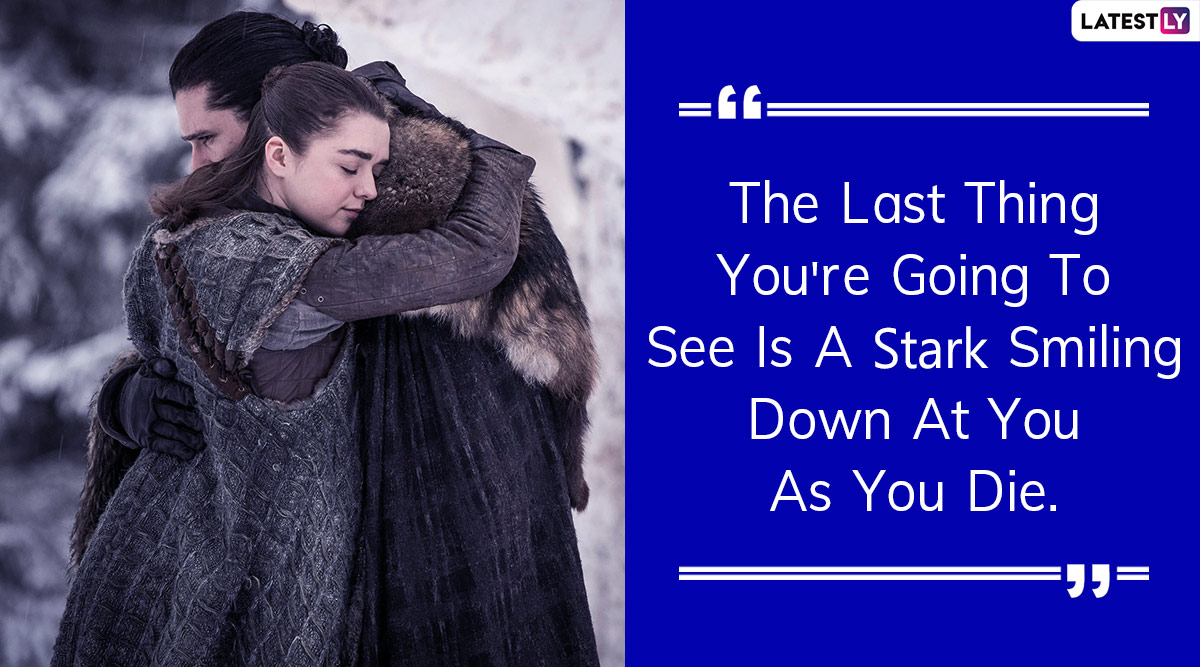 Maisie Williams as Arya Stark (Photo Credit: Instagram)
"A Bruise Is A Lesson... And Each Lesson Makes Us Better." 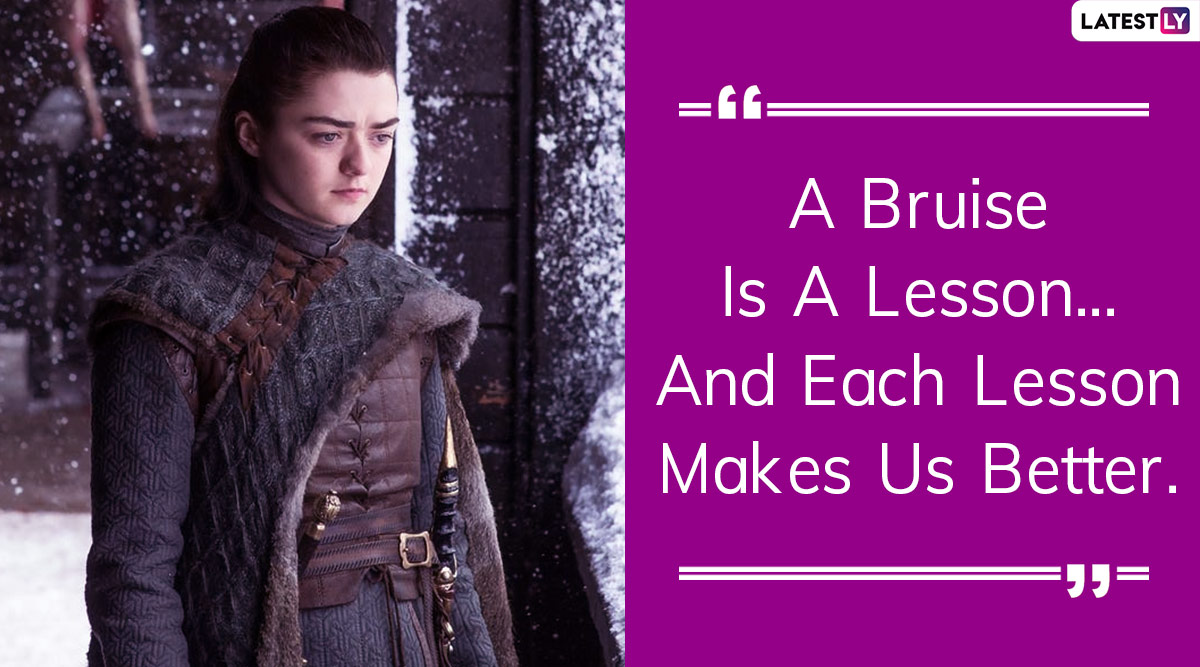 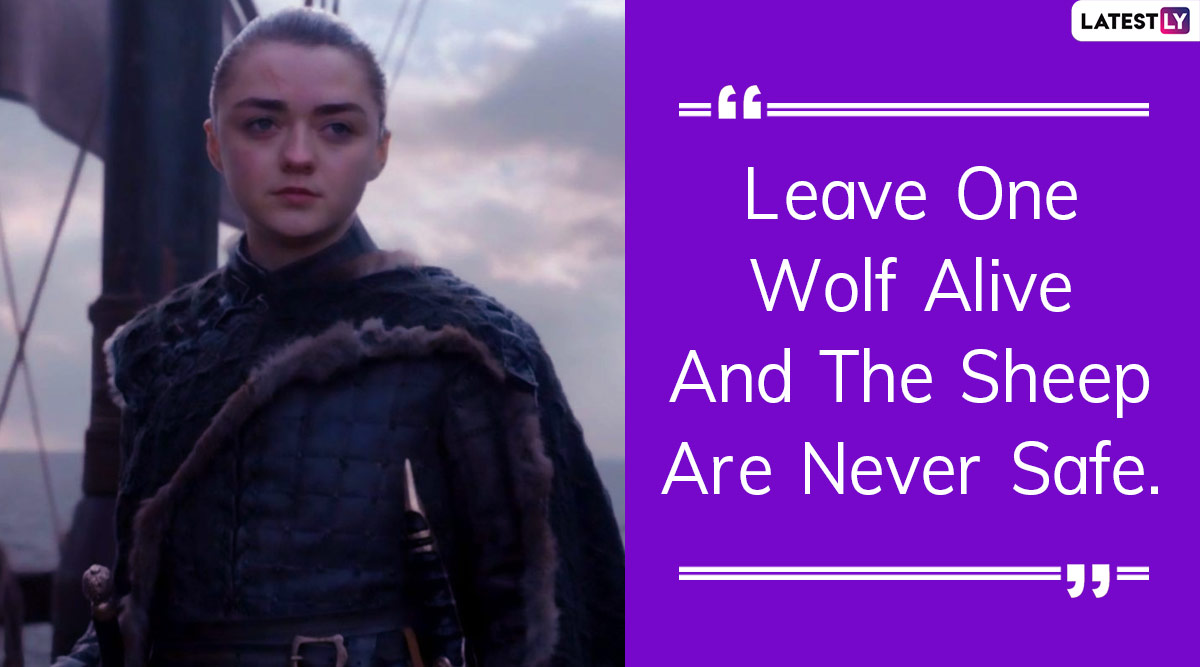 Maisie Williams as Arya Stark (Photo Credit: Instagram)
Maisie Williams is a part of many interesting projects and we cannot wait to see her spread her magic on the screen once again. Join us in wishing the actress a very happy birthday.

(The above story first appeared on LatestLY on Apr 15, 2021 10:10 AM IST. For more news and updates on politics, world, sports, entertainment and lifestyle, log on to our website latestly.com).