Nicki Minaj and Beau Kenneth Petty are Getting Married in Seven Days? 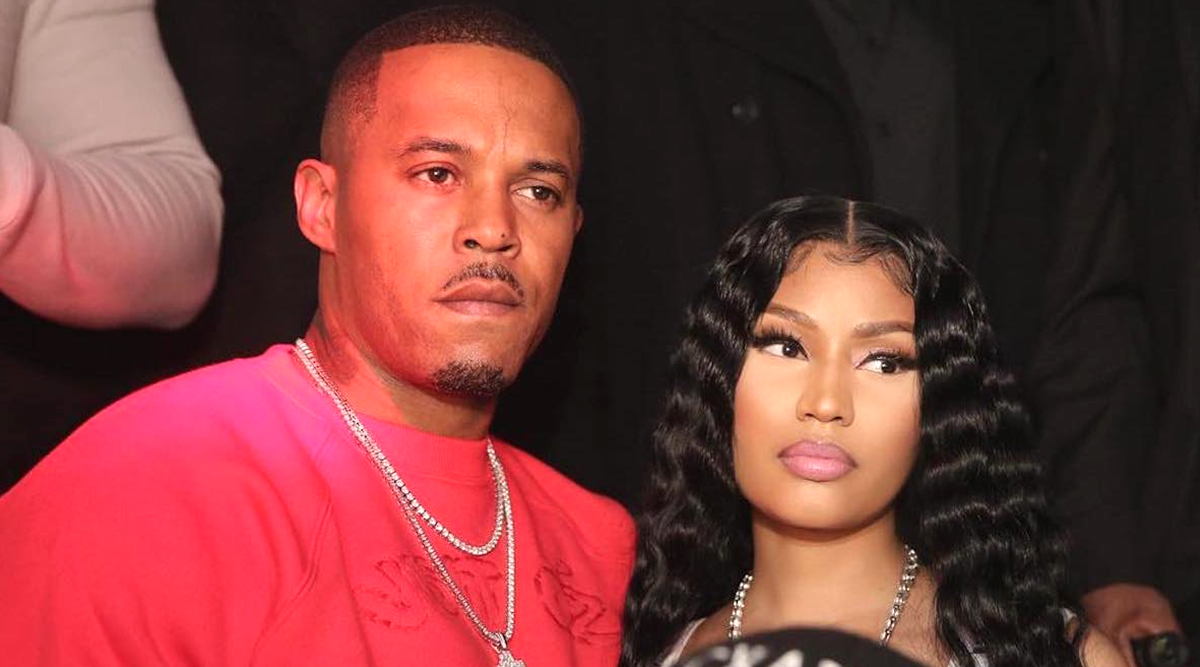 It's almost time for rapper Nicki Minaj and beau Kenneth Petty's big day, going by the star's recent revelation.The two lovebirds, who obtained a marriage license in late July, have been sparking wedding rumours since then. The 'Queen' rapper has also started referring to Petty as her husband, reported E! News.And it appears that the 36-year-old star is seriously taking her relationship to the next level. Nicki Minaj Announces Retirement, Wants to Have a Family With Beau Kenneth Petty (Read Tweet)

Speaking to E! News at the launch party of her Fendi 'Prints On' capsule collection, Minaj spilled the beans about her upcoming wedding."We've gotten our marriage license, but there's a particular pastor who I want to officiate and so she was just made available as of today," the 'Barbie Dreams' rapper shared."She told me she's available within the next week, so we could be married in the next seven days," she added, dropping a major hint about her wedding.That's right! The 36-year-old rapper could be a married woman super soon. Nicki Minaj Opens Up About Her Past Toxic Relationship, Says Kenneth Petty Loves Her Unconditionally- (Read Tweets)

However, don't expect her to don a traditional wedding dress for the special day."We're not doing that yet," she said when asked if she has picked out a bridal gown for her big day."That's too much. I can't. There's no way. That will take too long to plan. I'm not good with that. I'm a procrastinator, so it would come in, like, two years from now," the rapper added.Nicki explained that after tying the knot, she is looking forward to another thing: babies!"I always said that I wanna be married if I have children, so just in case I have a child, then I would be married," she shared.

The two have been dating since December, last year, according to Minaj's Instagram."He want me to be his wife- his MISSIS like SIPPI NOW," she captioned a series of photos of the two of them laughing together.Petty also unveiled a new tattoo of his lady love's birth name, Onika, in December, and featured in Minaj's music video for her song 'Megatron'.Petty is a registered sex offender in the state of New York and served time in prison for manslaughter.

Many fans have expressed concern over Petty's criminal record, but Minaj doesn't appear to care about the criticism. Responding to her followers on Instagram, Minaj said, "He was 15, she was 16 ... in a relationship. But go awf Internet. Y'all can't run my life. Y'all can't even run y'all own life. Thank you boo."The rapper has known Petty since they were teenagers, and she is "confident he's matured" since then.