The assault and abduction case of a Malayalam actor is increasingly getting gritty with even the state government taking offense to the way the Trial court judge is treating it. Now the prosecutor of the complainant has decided to quit the case for the same reason. 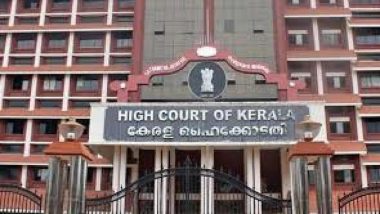 Close on the heels of Kerala HC's dismissal to transfer the judge in the assault and abduction case of a Malayalam actor, where actor Dileep is one of the accused, special prosecutor A Suresan has decided to quit. The News Minute report reveals that he has sent a resignation letter to the Kerala Government apparently saying that he didn't like how things panned out. He feels the situation is not conducive to carry on.  Dileep Assault And Abduction Case: Kerala HC Rejects A Plea Seeking Transfer Of Judge In The Trial

Only last week, the Kerala HC had refused to pass judgment on the victim's favour after they filed a petition against the trial court judge. According to them, the judge seemed biased and discriminatory. However, the court didn't find any substantial reason behind the petition and dismissed it. Last month, advocate A Suresan had requested the trial court to end the proceedings alleging that the court is “highly biased, which is detrimental to the judicial system and to the entire prosecution.”

It has been alleged that Dileep and his associates have planned the abduction and assault of a Malayalam actress. Dileep is alleged to be the mastermind behind the plan and who wanted to get revenge on the victim for his divorce.

(The above story first appeared on LatestLY on Nov 23, 2020 01:43 PM IST. For more news and updates on politics, world, sports, entertainment and lifestyle, log on to our website latestly.com).