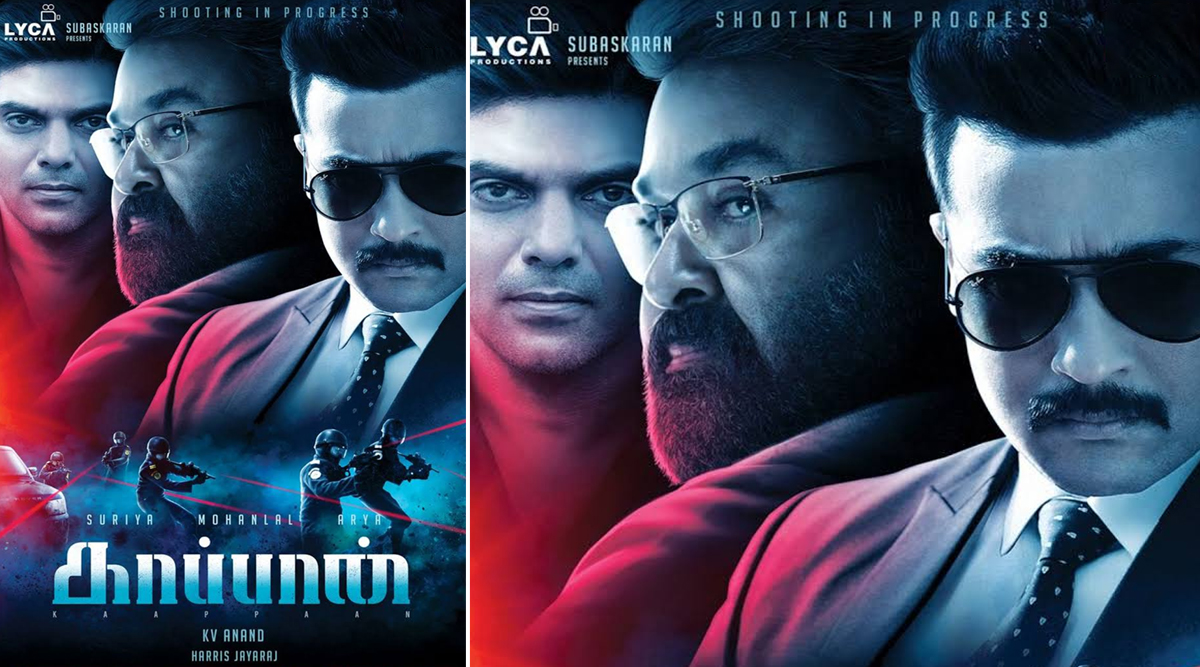 The long, long wait to watch Kaappaan on the big screens has finally come to an end. Kaappaan has hit the theatres worldwide and movie buffs are going gaga about it, already. The film has ensemble cast – Suriya, Mohanlal, Arya and Sayyeshaa in the lead role. Boman Irani, Samuthirakani, Poorna among others are also seen in key roles. There are many who have managed to watch first day first show of Kaappaan. Twitterati cannot stop raving about this action thriller directed by KV Anand. They have already declared it to be a blockbuster. Kaappaan New Trailer: Suriya is Ready to Boggle your Minds with this Action Extravaganza (Watch Video).

From the plot-line to the star cast to major action sequences, Kaappaan has opened to positive reviews. Some of them have even said that Suriya (who essays the role of a commando from the Special Protection Group) is going to win awards next year for his incredible performance in this film. Since quite sometime Suriya has not delivered a blockbuster film and expectations were high from Kaappaan. Looks like he has managed to leave the audience enthralled with his power-packed act. On the other hand, Mohanlal has won hearts as Prime Minister Chandrakanth Varma. Let’s take a look at the reviews shared by Twitterati. Kaappaan from Tomorrow! Fans Excited to Watch Mohanlal – Suriya’s Action Thriller.

Best Films Ever Made

#Kaappaan is one of the best films ever made in Tamil cinema. I'm sure @Suriya_offl will bag all the awards next year as an actor(provided they are real award functions). He has once again set the bars high with his unique attempt.

All Praises For Suriya

Back into his league!!! #Kaappaan 🔥👍 pic.twitter.com/sedJEXDr0M

Reactions For First Half

Waiting for 2nd half 👍 pic.twitter.com/Cch6aNQjxj

This Fan Has Managed To Watch FDFS

Thumbs Up For Kaappaan

A good movie with a good message

Kaappaan Is A Blockbuster

Kaappaan is produced under the banner of Lyca Productions. It was earlier this month when the film had faced charges of plagiarism. Film writer John Charles had filed a petition stating that he narrated the same story two years ago and had registered it with the title Saravedi. The petitioner had also sought interim injunction on the release of this action thriller. However, all the charges against Kaappaan was dismissed by Madras High Court and it managed to get a smooth release. Stay tuned for more updates from the world of entertainment.