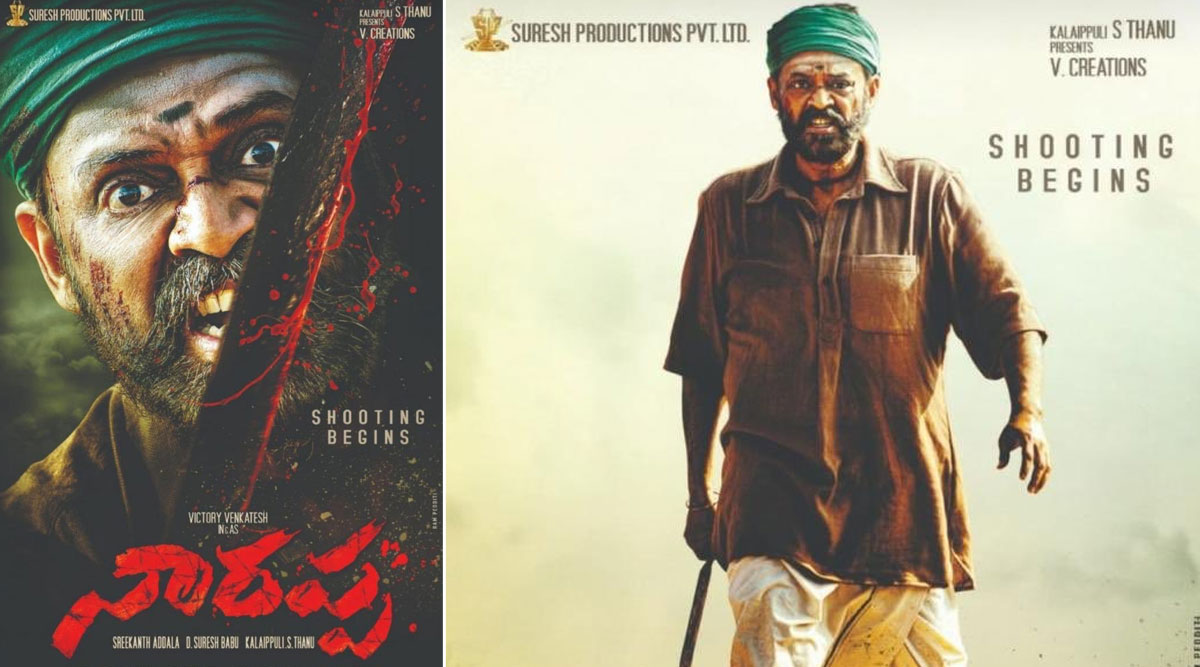 And here's the much awaited look and title reveal of the Telugu remake of Dhanush starrer Asuran. The remake of much loved film starring Venkatesh Daggubati in the lead is titled as Narappa . The makers finally released the his look from the action drama. It is almost similar to that of the original one and we bet that all the Venky Mama fans are going to love it! Vetrimaaran Confirms He's Not Remaking Asuran With Shah Rukh Khan.

The original flick was helmed by Vetri Maaran and had Dhanush and Manju Warrier in the lead. This one will reportedly have actress Priyamani in the lead, in the role of Manju. The film will be directed by ‘Kotha Bangaru Lokam’ fame Srikanth Addala. Check out the intense posters of Narappa below.

Speaking of Asuran, the flick is based on the Sahithya Academy Award winning-writer Poomani’s novel  named 'Vekkai.' It is based on a farmer who strives to back his land from an affluent family in the village. The film received positive response from the critics as well as the masses. The fans also declared this to be one of the most wonderful performances of Dhanush. Now, it has to be seen how Venkatesh Daggubati performs this role in this remake. He will have two avatars and is prepping up for it already. He lost weight for one of the avatars in this film too. Let us wait for the makers to release the teaser of the film now.