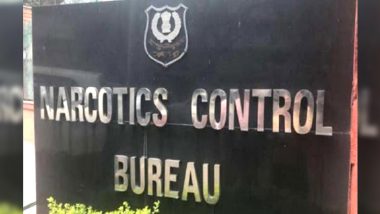 Mumbai, January 4: Tollywood actress Shwetha Kumari was arrested on Monday, in connection to a raid at a party in Mumbai where officials had seized 400 grams of hard drugs. She was taken into arrest by the Narcotics Control Bureau (NCB), which has recently been probing a number of Bollywood and Tollywood performers in connection to their alleged roles in supply and demand of banned substances.

The raid was carried out by the NCB at a hotel based in Mumbai's Mira Road area on Saturday. A drug peddler identified as Chand, and another supplier Saeed was arrested following the raids. A similar crackdown was launched at other places in Mumbai's western suburb on Sunday.

(The above story first appeared on LatestLY on Jan 04, 2021 10:09 PM IST. For more news and updates on politics, world, sports, entertainment and lifestyle, log on to our website latestly.com).